After months of work, the Interior Ministry published the 310 multiple choice questions on the Internet this week. From Sept. 1, applicants will have to take an exam comprising 33 of those questions and get at least 17 right to pass. 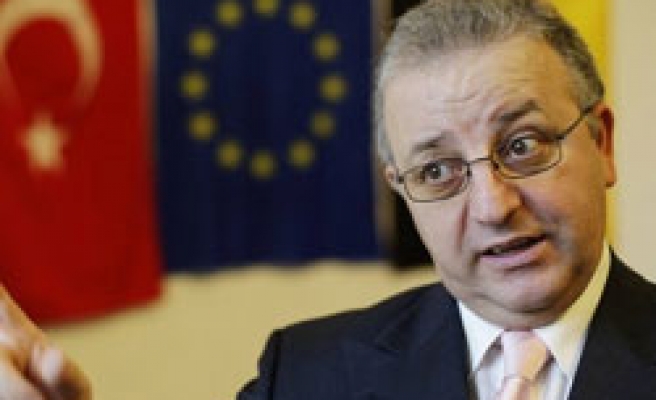 Jewish and Turkish groups have attacked a new citizenship test which foreigners will have to pass to get a German passport, arguing it fails to mention the Holocaust and tests attitudes rather than knowledge.

After months of work, the Interior Ministry published the 310 multiple choice questions on the Internet this week. From Sept. 1, applicants will have to take an exam comprising 33 of those questions and get at least 17 right to pass.

However, the quiz, which asks who wrote Germany's national anthem, what the population of Germany is and which German body individuals should register their dog with, is already the subject of controversy.

Germany's Central Council of Jews complained there was no allusion to the Holocaust, in which Nazis killed over 6 million Jews, saying that betrayed a "strange understanding of history".

And a question on which religion had moulded European and German culture was "intolerable" because the multiple choice answers did not include Judaism, but instead Christianity, Hinduism, Buddhism and Islam.

"The questionnaire does not only leave an unsavoury taste behind but even borders on ideological distortion as a false picture of history can arise through the omission of facts," Stephan Kramer, General Secretary of the Council, said.

The TGD Turkish Communities in Germany have raised objections to the way some of the questions appeared to be examining attitudes rather than factual knowledge.

"We do not think that is a good thing," said TGD head Kenan Kolat, questioning whether average Germans would pass the exam.

One question asks what allows people to speak out openly against the government and other questions are related to Christian festivals such as Christmas.

Interior Minister Wolfgang Schaeuble defended the quiz, saying while German citizenship did not come without conditions, it did not require a university degree.

"This is not as difficult as getting your drivers' licence. No one will be overtaxed," he said.

About one in five people living in Germany has an immigrant background and foreigners.

Chancellor Angela Merkel has talked a good deal about trying to boost integration but many immigrant groups say she has achieved little. Statistics released this month showed the number of naturalisations in Germany fell last year by about 9.5 percent from 2006 to about 113,000.

Germany reformed its citizenship laws in 2000 under former Social Democrat Chancellor Gerhard Schroeder. Now, children born in Germany to foreign parents can apply for German nationality if one parent has lived in the country for at least eight years