Abdullah Antepli, a native of Turkey who is completing his doctoral work at Hartford Seminary in Hartford, Conn., will become the Muslim imam and chaplain on campus, beginning July 1. 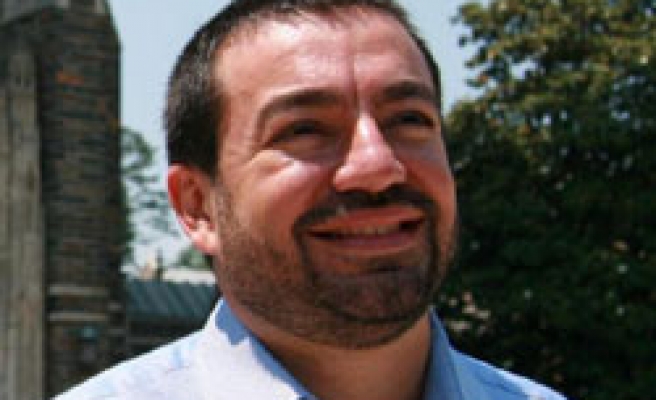 Duke University has hired its first imam, or Muslim religious leader, becoming one of only a handful of universities in the United States that have full-time Muslim clergy, Newsobserver reported.

Abdullah Antepli, a native of Turkey who is completing his doctoral work at Hartford Seminary in Hartford, Conn., will become the Muslim imam and chaplain on campus, beginning July 1.

Antepli will join a roster of at least 20 faith leaders, including a rabbi, a Roman Catholic priest and a dozen Protestant ministers who attend to the spiritual needs of Duke's increasingly diverse student body.

"Here's a university seeing a growing need for a qualified Muslim chaplain and graciously responding to the need," Antepli said Monday. "It's really admirable. They could easily have ignored it or asked the Muslim community to pay for it."

Duke has at least 300 undergraduate and graduate students who claim Islam as their religion. The university has no precise numbers because students are not required to disclose their faith. About 50 of those students are actively involved in its Muslim Student Association. Duke also has dozens of Muslims working for the university in various capacities.

Antepli's role will be to lead them in Friday "Juma" prayers, teach the Quran, lead discussion groups and offer pastoral care to students who want it. He will also teach introductory classes on Islam at the Duke Divinity School, which is paying half his salary.

Duke's earlier incarnation, Trinity College, affiliated with the Methodist Church in 1859. That affiliation has loosened over the years, as Trinity became Duke University. Its divinity school is still tied to the Methodist church, and for most of the 20th century, its character remained overwhelmingly Protestant. But today, the largest group of students on campus is Roman Catholic. Several years ago, Duke hired its first full-time rabbi.

"It's time for leading institutions in the West to step up and actively seek to shape the next generation of global Muslim leaders," said the Rev. Sam Wells, the dean of the chapel at Duke. "It's up to institutions like Duke to take the initiative, with all the values Duke stands for."

For the past nine years, Muslim students on campus have had the benefit of a volunteer imam, Abdul hafeez-Waheed, a resident of Durham. But the university wanted a scholar, too, and conducted a national search. Waheed was invited to remain active on campus.

The trend to add Muslim leaders to serve students has gained momentum in recent years. Georgetown University in Washington, D.C., is among the first in the nation to hire an full-time imam. Ivy League schools, including Princeton and Yale, are now hiring full-time imams.

"Duke is reaching beyond mere toleration of diversity and is taking an extra step toward engagement," said Michael Goldman, rabbi for Jewish life at Duke.

Antepli completed his basic imam training in his native Turkey. From 1996-2003, he worked on a variety of humanitarian projects in Myanmar and Malaysia with the Association of Social and Economic Solidarity with Pacific Countries.

Prior to his work at Hartford Seminary, Antepli was the first Muslim chaplain at Wesleyan University, from 2003-2005. He is the founder and executive board member of the Muslim Chaplains Association and is a member of the National Association of College and University Chaplains.

Goldman said Antepli's hiring rounds out the family of faiths at Duke. "We feel like a new family member has arrived," he said.