Turkish military officers to be questioned in Dink probe

Istanbul's governor announced on Thursday that investigators had been given permission to question eight police officers involved in the Dink murder case. 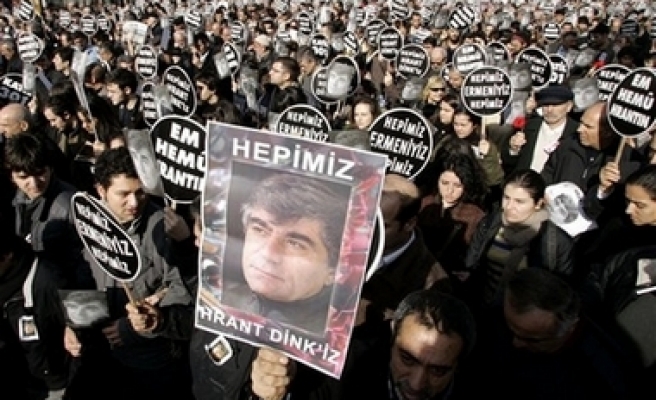 The Turkish parliament's Human Rights Committee is to call a number of officers of the country's paramilitary Gendarme to submit evidence on investigation into the murder of prominent Turkish-Armenian journalist Hrant Dink, Turkish NTV reported.

Committee chairman Zafer Uskul said that the officers would be called to appear before the committee soon.

Dink, the editor of the Turkish-Armenian newspaper Argo, was gunned down outside the paper's head office in Istanbul on January 19 last year.

More than 20 people have been charged in connection with involvement his killing, including a youth aged 17 at the time of the incident who is accused of carrying out the shooting.

Two senior non-commissioned officers of the Gendarme in Trabzon have been charged with dereliction of duty over the killing, the men being accused of not passing on information that there was a plot to murder Dink.

Both have denied the charges, alleging that senior Gendarme officers suppressed the information after they had passed it on.

Acting on their testimonies, a Trabzon court ordered an investigation be carried out into 10 other gendarmerie officers, including a colonel.