A Turkish parliamentarian expressed belief on Tuesday that Turkey's European Union (EU) membership would contribute to all members. 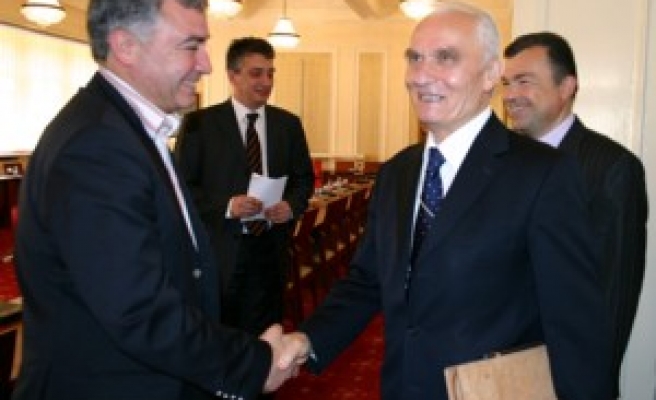 Yasar Yakis, the chairman of the EU Adjustment Committee of the Turkish parliament, said that Turkey's EU accession would benefit to all members.

"It will not be a tragedy for us if our country is not admitted to the union," Yakis said in a meeting at the Bulgarian Ministry of Foreign Affairs in Sofia.

Yakis is actually visiting Bulgaria with four other members of the parliament.

The MP said that Turkey had supported Bulgaria's NATO membership, and told the gathering that Bulgaria was today one of the most loyal supporters of Turkey's EU membership bid.

On the Armenian allegations regarding 1915 incidents, Yakis said that Turkey was insisting that historians should open archives and examine them.

Yakis said Turkey was ready to face historical facts regarding incidents of 1915, and wanted to see the same determination from Armenia.

The four-member parliamentary delegation, headed by Yakis, visited Bulgarian parliament earlier today, and had talks with the chairman of Bulgarian-Turkish Friendship Committee and the deputy chairman of the Rights & Freedoms Movement, a party which overwhelmingly consists of Turks.

The group will meet Kameliya Kasabova, the deputy speaker of the Bulgarian parliament; and Gergana Grancharova, the Bulgarian minister of European Affairs, on Wednesday.