Turkish lawmakers Thursday began a final vote on constitutional changes that would see the president elected by popular vote. 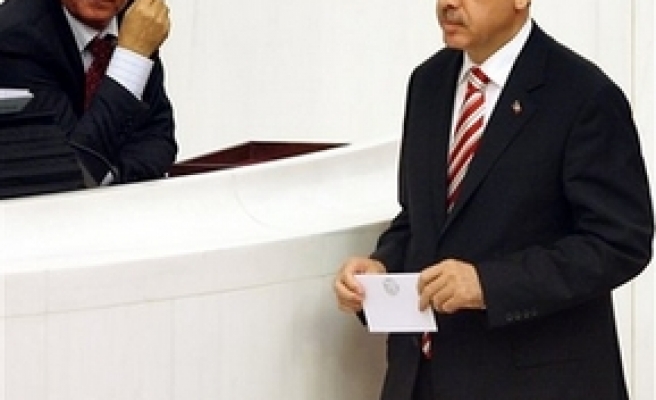 Turkish lawmakers Thursday began a final vote on constitutional changes that would see the president elected by popular vote.

The AKP brought the bill back to parliament, arguing that a popular vote was the only way out of the presidential election deadlock, which forced the sole candidate, Foreign Minister Abdullah Gul, to withdraw.

As soon as the lengthy final round of voting began Thursday, a row erupted between the AKP and the main opposition Republican People's Party (CHP) over the majority required to adopt the bill. The dispute sprang from their differing interpretations of a constitutional article.

The CHP, which opposes the reforms, argued that the proposal needed two-thirds support, or 367 votes, because the bill was once rejected by the president.

The AKP countered that the minimum three-fifth majority required for constitutional amendments would suffice.

Parliament Speaker Bulent Arinc, an AKP member, ruled in favour of his party and went ahead with the vote, but the row raised the possibility of the bill ending up before the Constitutional Court.

If the bill is passed unchanged Thursday with the support of at least 367 deputies, Sezer must either approve it or submit it to a referendum.

The AKP maintains the bill would be still considered adopted if between 330 and 366 votes, but in that case a referendum would be inevitable.

The bill also calls for a once-renewable, five-year presidential mandate instead of the current single, seven-year term. It provides for general elections every four years instead of five.