Turkish parliament approved Thursday all seven articles of a constitutional amendment package re-arranging the process for presidential and parliamentary elections. 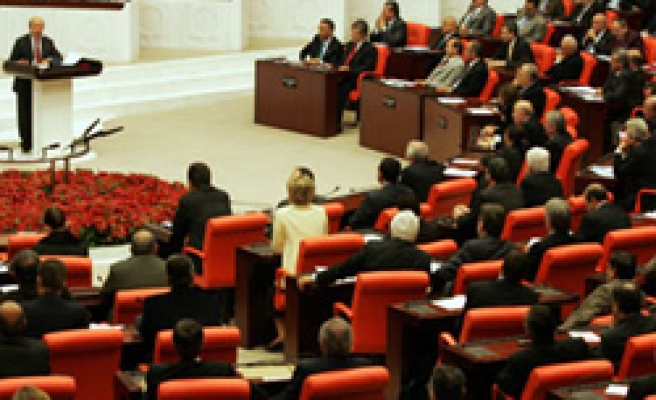 Turkish parliament approved Thursday all seven articles of a constitutional amendment package re-arranging the process for presidential and parliamentary elections.

The package was approved in a secret ballot by the votes of 376 lawmakers in favor with one against it.

The main opposition Republican People's Party (CHP) did not attend the the amendment package vote while all 19 lawmakers from the Motherland Party (ANAVATAN) gave support to the package.

The package allows for popular election of the president and reduces the term from seven to five years, allowing the president to run for a second five-year term.

General elections will be held every four years and the Higher Election Board will have the authority to determine rules of the presidential election.

According to the package, the president will remain in office till his successor is elected. The absolute majority will be required in the first round of presidential election.

If the absolute majority cannot be reached in the first round, the second round vote will take place on the ensuing second Sunday.

Two candidates, who win the highest number of votes in the first ballot, will attend the second round.

The candidate who gets the most of the valid votes will become the president.

If only one candidate attends the second round, the vote will be held as referendum.

The candidate will be elected the president after getting most of the valid votes.

Political parties which pass a threshold of 10 percent in the most recent general elections, will be able to nominate a joint candidate.

A quorum of at least one third of total number of MPs is required for parliamentary sessions.