On economy, Erdogan said that his government would never make concessions of its growth rate and national income targets. 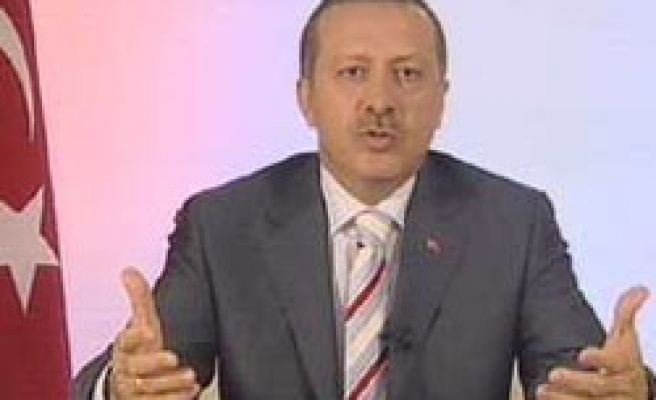 Turkey's prime minister reaffirmed on Monday his government's determination to contribute to regional and global peace.

"We are determined to maintain our efforts to restore peace in our region and the world," Turkish Premier Recep Tayyip Erdogan said in a televised address to the nation.

Erdogan said that Turkey was carrying out an active peace diplomacy regarding not only the disagreements it was involved but also other disputes in the world, and gave Turkey's recent mediation initiatives between Syria and Israel as an example.

"International public opinion knows and appreciates Turkey's role in the preparation of the ground for a dialogue to end clashes in the Middle East and to assure sustainable peace," he said.

Erdogan saw Turkey's European Union (EU) membership bid as an important means to contribute to the rapprochement between civilizations.

"We are standing firm against some unjust behaviors we face; convey our objections to our counterparts and continue to do what it takes on the road to membership," the premier said.

On economy, Erdogan said that his government would never make concessions of its growth rate and national income targets. "Our target is to raise national income to 1 trillion USD," he said.

Erdogan said that his government will not let "inflation monster" roar again, and pledged to go on with investments and foreign trade.