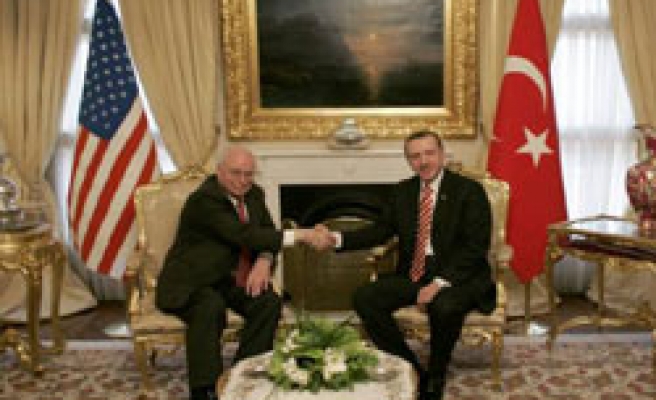 "We were not asked, in any way, to increase the number of (Turkish) soldiers in Afghanistan, during the talks with Cheney on Monday," Erdogan, in a visit to Bosnia, told journalists.

The request was not made "during the meeting of the two delegations nor during the one-on-one talks," he said.