Turkish Prime Minister Recep Tayyip Erdogan made a final appeal to legislators to vote in the first round of a crucial presidential election Friday. 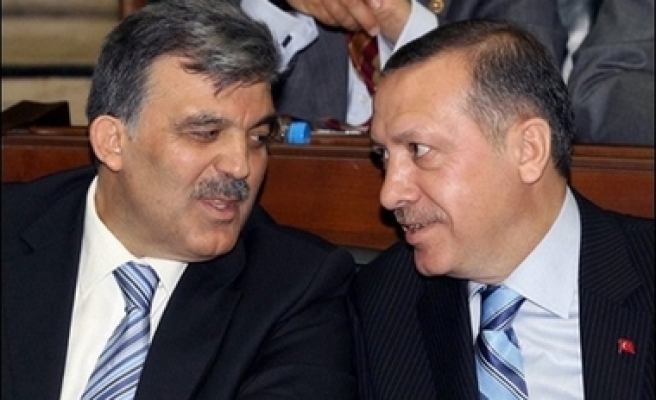 Turkish Prime Minister Recep Tayyip Erdogan made a final appeal to legislators to vote in the first round of a crucial presidential election Friday.
Parliament is due to convene at 1200 GMT to vote on the AK Party's nominee for president, Foreign Minister Abdullah Gul. The party has a big majority in the chamber but not enough to stave off the threatened legal challenge.

The main opposition Republican People's Party (CHP) says it will ask the Constitutional Court to annul the election if fewer than 367, or two thirds, of all deputies attend Friday's vote. The AK Party has 352 members able to vote.

"I urge all elected deputies ... to come and do their democratic political duty. We are facing one of the most important days of our democratic life," Tayyip Erdogan told a news conference.

"Let us not fall into the trap of those who are trying to drag Turkey back to the customs of the past, to those periods of political paralysis," Erdogan said in parliament.

"Despite our differences, the result of our democratic rivalry, we are...the representatives of the same nation," he said. "Attending the general assembly and voting -- be it for or against -- is a duty given to us by the people."

If the Constitutional Court upholds the CHP complaint, Erdogan will in any case have to call a snap general election.

The AK Party, including the powerful Speaker of Parliament Bulent Arinc, says 184 deputies are sufficient for Friday's presidential vote to be valid. But they are clearly worried about the prospect of prolonged legal wrangling that could unnerve investors in Turkey's fast-growing economy.

Turkey's financial markets traded mostly flat on Friday ahead of the vote. They were also waiting to see whether smaller opposition parties -- which have given conflicting signals -- would show up in the chamber or stay away.