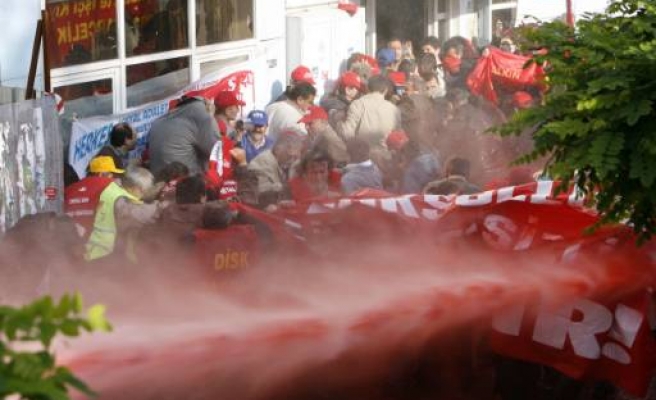 Also labor groups who had vowed to march to the Taksim Square in Istanbul on May Day announced they are abandoning their action.

Thousands of police were stationed across the city centre to block access to the main Taksim Square, where three major trade union confederations have pledged to mobilise up to 500,000 people in defiance of an official ban.

May Day demonstrations in Istanbul have been marked by clashes between police and protesters in the past and authorities said they would use force to prevent the rally happening in the centre of the city.

Last year dozens were injured in violent street battles on the 30th anniversary of the deaths of 37 people who were shot by an unknown gunman or trampled to death in May Day demonstrations in Taksim Square in 1977.

Taksim Square was sealed off to the public while public transport leading to the area was suspended and schools in the area were closed.