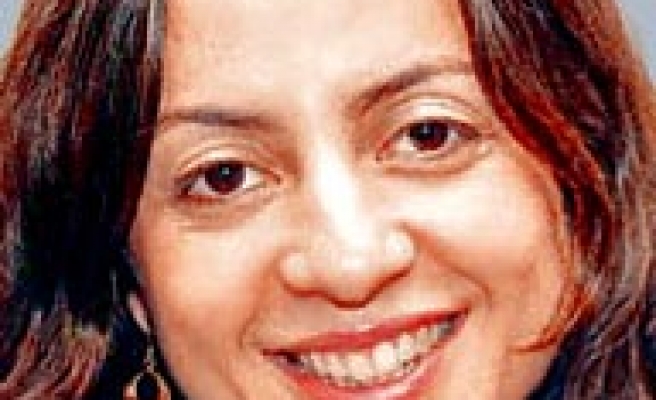 Need for breathing in a democratic environment

Quite a few people think that defending democracy means giving support to the Justice and Development Party (AK Party).


That is why, even though they know they will be unable to breathe in an undemocratic environment, they are reluctant to show that they are for democracy. How can we put the blame of the opposition on the shoulders of democracy, which failed to come up with a good alternative for society? Why should standing up for democracy mean lending support to the AK Party? If the majority of the voters continue to prefer this party, should a military coup be permissible to overturn them? Are we this blind? And in the end won’t we respect the will of the public as shown at the polls; and if we are disturbed by the AK Party, won’t we take lessons from the public’s choice and prepare ourselves to be the winning side in the following elections?

Not operation but motion

For Turkish troops, entering northern Iraq would mean fighting both against Kurdistan Workers’ Party (PKK) forces and the forces of Kurdish leader Massoud Barzani. Turkey can do this if it wants.

Yet this would mean both a diplomatic and military adventure. Just recently Chief of General Staff Gen. Yaşar Büyükanıt said, “Circumstances should be appropriate for such an operation,” which I interpreted as meaning that it would be assured Barzani’s forces will be unable to fight Turkey. “Appropriate circumstances” for an operation can only arise after maximum political and diplomatic pressure is imposed on the US and Barzani. Yet let’s be honest, even if we carry out a cross-border operation, it doesn’t mean that terrorism will be eliminated in an instant. We are face-to-face with an organization that has adopted a “blind terrorism” method in cities using suicide bombers. You can hit the PKK in the mountains of northern Iraq; however, it doesn’t mean that the cities will instantly become safe.

Flowers of love are coming


They are here for the fifth International Turkish Language Olympics. The first Olympics were attended by 17, the second by 24, the third by 41, and last year 83 countries. Now there are attendees from 100 countries. There are languages of colonialism. Others are languages of consumption. Calling Turkish “the language of love” should not be an exaggeration. Thanks to Turkish, Turks have begun to take an interest in the world, making a hole in the darkness via these children. Finally Turkey has become a world country. İstanbul, which hosted great civilizations throughout history, is once again conducting is historic mission. It embraces the flowers of love of Turkish coming from 100 countries, over the continents and deserts.The finals of the International Turkish Language Olympics will be held on June 2 at the İstanbul Gösteri ve Kongre Merkezi (performance and congress center). Even if you are unable to come, you will hear and feel the heat of the burning torch.

Being a venue for conflict

Turkey always assumes a side in conflicts across the world, but in the place of taking a side it always falls into a situation where it is the venue for conflict.

The most important criterion in this is checking whether all the powers in the country operate in one direction or if they are against each other. If these powers have different objectives, then this means that the country has turned into a venue for conflict. If we consider Turkey’s advantages, we can see it possesses all the things required to be a state, and to be a power playing an important role in the world, but it has failed to form an idea that could be followed by all. The issues that we are discussing, such as democracy, religiousness or laicism, race and belief differences, are details and not the essence of the matter, and those discussing these issues have no common future vision. In a way Turkey discusses how it wants to live or what it wants to own rather than how it should exist.