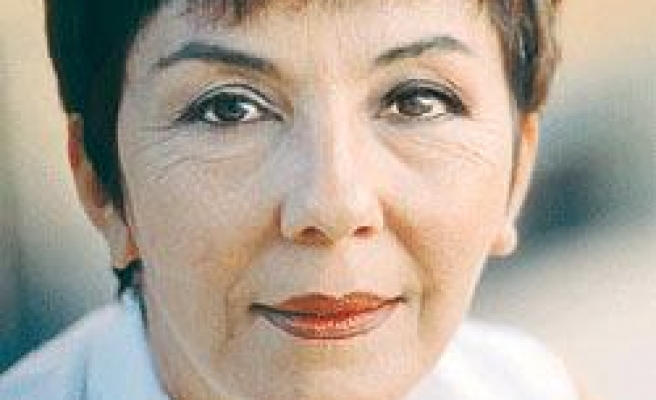 If I were the government, instead of feeling cornered by the General Staff which continues to say, “The army is waiting for an order from the political power to enter northern Iraq,” I would make my decision without hesitation and would announce it to all related parties:

“I don’t want to make a cross-border operation in northern Iraq. I don’t want a war. I don’t want Turkey to be dragged into the Middle East quagmire and its confrontation with Kurds and Americans in that region; I don’t want this operation to influence Turkey’s EU process negatively. I am in favor of solving the PKK problem through diplomacy outside and with police and gendarmerie forces actively fighting against the terror within the country. In this context, I want everyone to do their job the best way they can, the army to protect the borders and not allow infiltration of terrorists, police to keep the law and order inside the country.” I am sure that such a policy would be widely supported.

Festival of the Turkish language

Students from dozens of countries whose names we have never even heard before, or which we can’t even find on the map, or whose geography, history and culture we are completely unfamiliar to, are competing to speak the best Turkish.

The finals of the Turkish Olympics were held on Saturday in İstanbul. This wasn’t so much a competition as a festival. It was the festival of Turkish language. A folkloric show of the students wearing their traditional costumes was splendid. There were just a few competing in the finals, but these 10 students were elected among some 5,000 students. They were elected among the students that learn Turkish in the Turkish schools worldwide. For these moments of pride, Turkey owes thanks to all those teachers that went to various places in the world to teach, to generous businessmen who gave them financial support and of course to “those who showed them direction.” No matter how much we feel proud of them, it will never be enough. On Saturday, Turkey saw that the efforts of all these people were not in vain.

A summer dominated by Northen Iraq

The General Staff may be willing to show its determination to the public in the fight against terrorism in the beginning of the hot 2007 summer as the number of killed by the PKK increases by frequently announcing that it is ready to do its part of responsibility.

Yet, the Justice and Development Party (AK Party) considers this continuous presence of the issue in the spotlight as a game of internal politics. It is commented that by not mentioning a request for a military operation in northern Iraq during official gatherings such as the National Security Meeting (MGK), the General Staff may want to corner the AK Party in the elections by creating an image that the “AK Party does not do much about fight against terrorism.” Moreover, the government has not developed an effective policy against this strategy of the General Staff. Prime Minister Recep Tayyip Erdoğan is constantly saying that an official operation request from the military would be taken into consideration. But, differing from the statement given by the government, the military’s statement regarding the subject is having greater repercussions in the headlines.

The northern Iraqi issue is without a doubt an inseparable part of Turkey’s security strategy.

The basic conflict we face today seems to stem from the challenge to harmonize Turkey’s security strategy with the US security concept regarding the region. It is also related to the difficulty that we have in reading the US demands, consciously or otherwise. Certainly, Turkey cannot adapt itself to every detail of the US demands, and it is not obliged to do so; however, we have to admit that it is impossible to completely dismiss US demands and run our own politics and be safe in the meantime in this region. What needs to be done is to understand all the US demands and then reach a reasonable agreement with the US in a way acceptable to the Turkish citizens. Looking for international alliances other than the US and the EU, proposed recently to overcome the dilemma, will be the most disastrous scenario for Turkey.