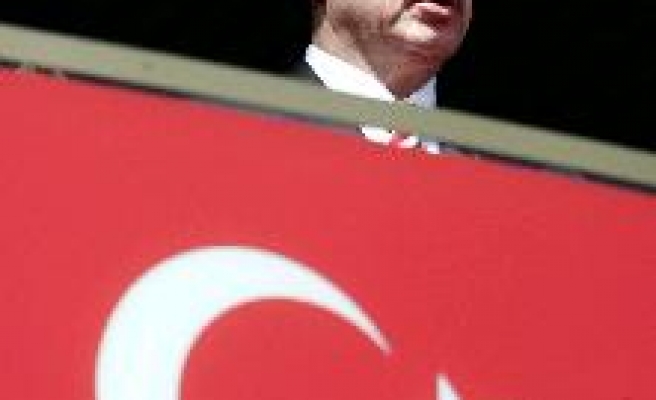 Is the prime minister secular or religious?

Staunch secularists who make a fuss about Prime Minister Recep Tayyip Erdoğan’s statement that individuals can’t be secular; the state can be secular, as if they have discovered a hidden treasure, for some unknown reason seem to ignore his following sentences.

The prime minister said the following: “If an individual says ‘I am secular since I support the secular order in the state,’ then this is possible. From hereon in, I am supporting the state with a secular order as well.” Now how right is the perception of those concluding from these words that the prime minister is against secularism or somehow just can’t say he is secular? A person can be religious and secular at the same time. In Europe the category “secular” is used for people that are considered outside of the clerical order and for those who are supporting a secular structure of the state and not a religious state. But not belonging to the clerical order doesn’t mean one is not religious.

Procuring arms at the risk of economic crisis

Beside Bush blaming Putin for “reviving the Cold War” and Putin blaming Bush for engaging in “a dictatorship and imperialism,” the fact that Russian companies are not given tenders in the West and US citizens have difficulties getting a Russian visa make the situation worse.

Last year the G-8 summit in Putin’s hometown of Saint Petersburg was overshadowed by Israel’s attack on Lebanon. This year’s summit, to be held June 6-8 in Germany, is expected to witness big discussions regarding Europe’s defense shield project. The AKKA agreement foresees the reduction of conventional weapons in Europe, which will become a victim of a new armament race. The armament race is increasing the possibility of damaging confidence in the world, which is already in crisis, and has been affected by something called the war against terror for years now. It seems those whose ideas and freedoms are limited on the grounds of terrorism and security will go through economic crises this time due to the money spent on these arms.

Today there is an interest throughout the world in Turkish due to the efforts and performance displayed by Turkish schools around the globe. There is no doubt that the staff working in these high-quality schools have created a vision that couldn’t be created by the state’s means in Turkey alone. I know very well that public education institutions in Turkey, with all their equipment and accomplishments, cannot manage to educate the staff working in these schools. Unfortunately there is no way to teach children in public schools values such as love, motivation, sacrifice and altruism, which are necessary for this work that requires great sacrifice at every phase. It seems that these people think Turkey is a language worth learning by looking at the great sacrifice made by all these people who work in the schools abroad.

US sources feel that there are “populist policies” behind Chief of General Staff Gen. Yaşar Büyükanıt’s decision to share his messages regarding a cross-border operation into northern Iraq with the public instead of giving them through existing official channels.

They understand that these vocal statements aim to threaten the outlawed Kurdistan Workers’ Party (PKK) and intimidate the Kurdish regional administration abroad, while giving a message at home that the Justice and Development Party (AK Party) hasn’t fulfilled its responsibilities. As a Pentagon official says, “The question ‘Will we do anything to Barzani?’ makes one think that Turkish Army considers northern Iraq as a tribal area and Barzani as a tribal leader.” Americans are disturbed by this kind of perception. According to them, the question that a unilateral military operation would impose should not be ‘Will Turkey do anything to Barzani?’ but it should be, ‘Would Turkey fight with Iraq?’