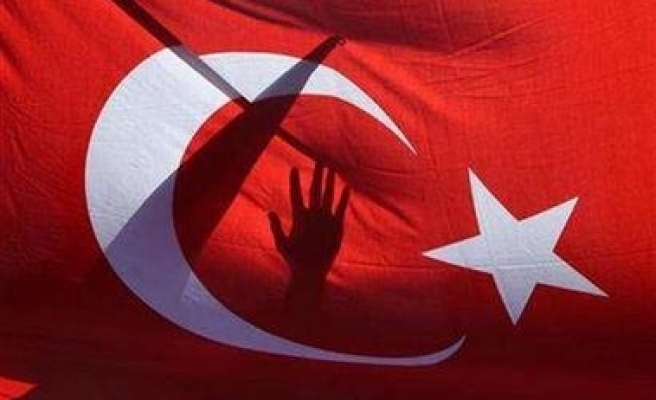 The military boat “Pınar 1,” donated to the Bodrum Underwater Association by the Turkish Naval Forces, was sunk around Karaada island near the Aegean city of Bodrum to contribute to diving tourism. Tourists and divers have the chance to see the sunken boat by going out with local diving tour companies.

Zaman: “Electronic receipt comes, health report becomes history,” said the daily’s headline in reference to new reforms in the health sector. Citizens will not need to use health reports as of September as paper receipts will disappear by then. When a pharmacist enters a patient’s number, he or she will be able to see which drugs the doctor has prescribed the patient. The system, which will be supported by a smart card, is supposed to make things run easily and rapidly as it will also hinder corruption since it will be easy to follow.

Sabah: The daily announced in its headline that Edip Başer, Turkey’s special envoy for countering the terrorist Kurdistan Workers’ Party (PKK), will be leaving his post in June after serving for nine months. “It is not possible for us to take up weapons and hunt terrorists. We have managed very important things in the fight against the PKK. Now there is one thing left, which I will not announce at the present time. After it is done, there will be no need for a special unit to fight against the PKK,” Başer said. The thing that was not announced by Başer could be the handover of a senior PKK member, an operation in the Kandil Mountains in northern Iraq, an air attack in northern Iraq or drying up the financial resources of the PKK in Europe, the daily reported.

Milliyet: “New middle class emerges,” read the daily’s headline, quoting the remarks of a professor at Middle East Technical University (ODTU) in reference to the people who took to the streets for the Republican Rallies. Professor Devrim Sevimay defined the crowds taking to the streets as the new middle class as she talked about the general characteristics of these people: “Most of them have nuclear families with two children. They do not like their relatives or neighbors to try to influence their family affairs. Most of them live in flats. The women are generally educated. Their lifestyles are based on consumption.” When asked why these rallies were taking place now and not during the Justice and Development Party’s time in power, “Perhaps the events during the presidential election process were the straw that broke the camel’s back,” the daily quoted Sevimay as saying.

Bugun: “Merger polemics in the left wing,” said the daily in reference to different statements made by left-wing leaders during a “Republican Rally” in Samsun on Sunday. Participation in the Samsun rally was less than other Republican Rallies where people chanted slogans for Republican People’s Party (CHP) leader Deniz Baykal and Democratic Left Party (DSP) leader Zeki Sezer, whose parties recently merged. While Sezer said, “This is not a merger; we are not running in the elections,” Baykal said just the opposite: “We have merged.”
Last Mod: 22 Mayıs 2007, 18:26
Add Comment