Turkey's ruling party has sharply criticised an army threat to intervene in politics, saying the military must remain under civilian control. 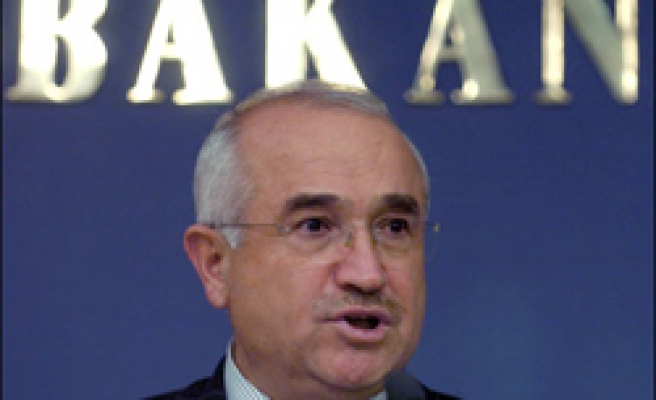 Cemil Cicek, spokesman for the Islamist-rooted party, was commenting after an unusual statement by the army vowing to defend the secular system.

The army, which led coups in the past, said it was concerned by the party's choice of presidential candidate.

Mr Cicek said any army intervention was "inconceivable in a democratic state".

"The chief of the general staff is answerable to the prime minister," said Mr Cicek, who is also justice minister.

The European Union earlier warned the army not to interfere in politics, saying the controversy was a test case for the military to respect democracy.

The BBC's Sarah Rainsford says the army is sending a signal that it will not accept the candidate of the ruling Justice and Development Party (AK), Abdullah Gul, as the country's next president.

Mr Gul narrowly lost in the first round of the presidential election, which is held by parliament, on Friday.

Mr Cicek told reporters that the government had the "primary duty in protecting the basic tenets of the state".

Prime Minister Tayyip Erdogan has been meeting his cabinet to discuss the situation.

According to Mr Cicek, the prime minister spoke to army chief Gen Yasar Buyukanit on Saturday afternoon and they had a "useful and productive" conversation.

Turkey is an EU candidate but entry negotiations have been partially frozen because of a dispute over Cyprus, and the EU is also concerned that Turkey's commitment to political reform is weakening.

Our correspondent in Istanbul says the army statement late on Friday night caused a real stir in Turkey.

Many also believe that it is also a message to the judges in the constitutional court to declare the vote invalid and dissolve parliament, she adds.

The AK is an offshoot of Mr Erbakan's Welfare Party, which was banned in 1998.

The secularist Republican People's Party (CHP), which boycotted Friday's vote, said it would challenge the election in court because a quorum of MPs had not been obtained - a charge the AK denies.