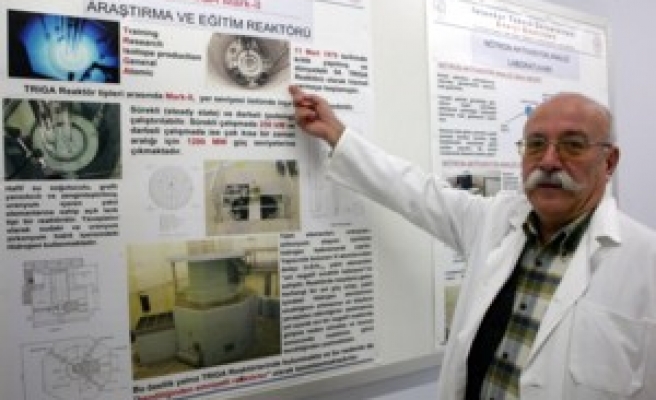 Reactor Director, Prof.Dr Ahmet Bayulken said the activities of the reactor were suspended to fortify the walls against earthquakes. He said in order to resume the activities, they had to renew the reactor's license from the Turkish Atomic Energy Council and noted that the process had been going on since 2005.

Bayulken said other than training purposes, the reactor would also be used for academic cooperation, industrial and medical purposes.

Commenting on discussions on the construction of a nuclear power plant in Turkey, Bayulken said if the decision for its construction was given today, it would take at least eight years to activate it without any hindrance due to bureaucratic and financial obstacles.

Bayulken qualified Akkuyu region as a suitable site for the construction of nuclear power plant rather than Sinop (Black Sea) as it already possessed a licence. He noted that with a brief restoration process, the construction of the power plant could be started in a year and it would take about eight years to start producing electricity.

Bayulkan said Turkey should prefer nuclear technologies working with natural uranium. He said this way Turkey would not depend on enriched uranium only produced in countries like U.S., Russia and France, but rather work with natural uranium which it possesses in its own soil.