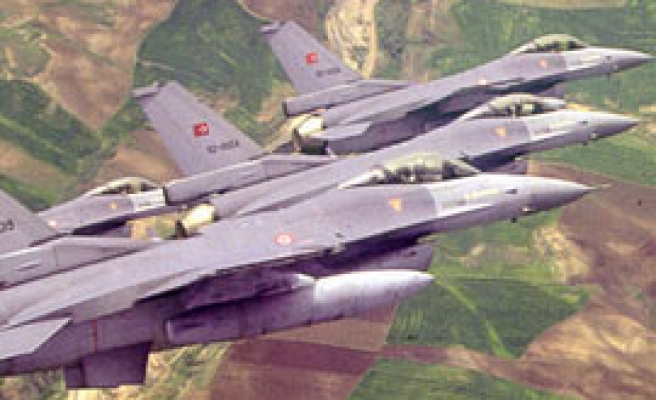 Turkey said its warplanes struck PKK terrorist targets inside northern Iraq on Friday and Saturday in what military sources called the biggest Turkish air operation in northern Iraq this year.

Turkey has carried out a series of air strikes in northern Iraq since the end of a cross-border land offensive in February, which prompted concern in Washington of further regional instability and was watched closely in financial markets.

It was the second Turkish air strike this week on northern Iraq, which the PKK uses as a base from which to launch attacks in Turkey, after an operation on Wednesday.

Military sources had said on Friday that the air operation began about 7:30 p.m. (1630 GMT) and said later it continued into the early hours of Saturday.

The Turkish military tends to step up operations against the PKK in the spring when the snow melts, making it easier to move about in the mountainous region.

"Turkish air force planes, supported by ground weapons, struck PKK targets in an effective operation on April 25-26," the general staff said in a statement on its website.

Clashes between Turkish soldiers and PKK terrorists continued inside Turkey on Saturday in the mountainous province of Sirnak, bordering Iraq.