A group of youths attacked three Turkish fast-food cafes, injuring two Turkish workers, after Germany's victory over Turkey in the semi-finals of the Euro 2008 football competition. 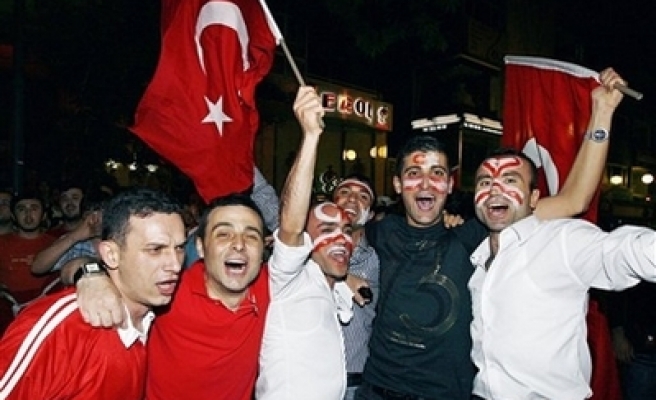 Police reported that a group of 20 to 30 people had also set a Turkish flag alight late Wednesday in the city, the capital of the eastern state of Saxony, while others watched without intervening.

In Chemnitz, another city in the state, police reported a tense atmosphere with special units intervening to prevent outbreaks of violence.

Six officers were hurt, and several police vehicles were damaged, they said.

In Hanover in the west, police said they detained 20 right-wing radicals after they had shouted racist slogans.

Elsewhere, street parties went off without incident with Germans and members of Germany's 2.2-million Turkish community watching the game alongside each other on large outdoor screens.