To ensure transparency and equal treatment, tenders and calls for proposals are published on official Web sites of the EU and Turkish agencies. 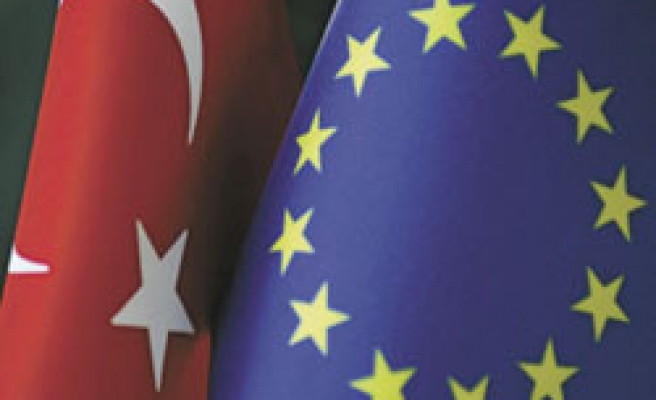 How do you think you can get a slice of 1.5 billion euros in funding earmarked by the European Union for over 200 ongoing projects in Turkey? Well you may be out of luck, as there is no "Idiot's Guide to EU Funding" out there yet, nor is there an "EU Funding for Dummies."

While the funding process is in itself is complex and cumbersome at times, the confusion in the public over the types of funding and their differences exacerbates common misconceptions. Many say there is a need to raise public awareness of funding opportunities and that the EU's representative in Turkey needs to do better job in its PR campaign.

"The aim of funding is to help support Turkey to achieve European standards in its path for membership," Ambassador Marc Pierini, who heads the Delegation of the European Commission to Turkey, said last week to Sunday's Zaman. In a visit to the Aegean coastal town of Söke, Pierini spoke about a local EU-funded project -- Kuşatak, a solid waste disposal program -- noting that "local people will benefit greatly from this project."

Like Kuşatak, many EU funded-projects in Turkey see grants go to government agencies and municipalities. Although the EU states that the ultimate aim of pre-accession funds is to improve the lives of individuals, projects eligible for funding are mainly carried out by state institutions. Most funding is directed toward health, education, infrastructure and rural development projects. Most recently a 700 million euro loan from the European Investment Bank (EIB) partly funded the extension and modernization of the İstanbul Metro.

Generally there are three types of funding that the EU provides to countries involved in pre-accession talks. Grant programs, which do not require repayment; community programs in which the candidate country will also contribute to the pool of funds; and lastly loans, intended to finance large infrastructure projects, like those provided by the EIB. The latter must be repaid, as is the case in the partial financing of the İstanbul Metro.

The Ankara-based Delegation of the European Commission to Turkey says pre-accession funding is directed mainly at state or civil institutions.

They note that individuals are not eligible, except for specific community programs. In addition to state institutions, there are also programs open to universities, civil society groups, media organizations and business interest groups.

Some small-scale funds are available to nongovernmental organizations and small and medium-sized enterprises (SMEs), however. If one includes the small grants provided to NGOs, SMEs and trade groups, the number of projects funded by the EU has now reached 1,500. There have been a great many success stories due in part to funding provided by the EU. Take the Regional Environment Center Turkey (REC Turkey), for example, a project aimed to provide assistance to Turkish government efforts in the field of alignment with EU environmental standards. Established with a 2.3 million euro direct grant fund provided by the EU, REC Turkey officially commenced operations in 2004.

Okumuş adds: "The European Commission will release almost 200 million euros in the 2007-2009 period for investment projects through Instrument for Pre-Accession Assistance (IPA) funds." He stresses that, "a communication strategy should be integrated in each European Commission funded project, whether it is investment or capacity-building projects to increase awareness among the general public."

A skills deficit and inadequate publicity are major obstacles for the utilization of EU funds in Turkey, experts argue. Though there are some consultant firms out there to streamline the application process and help you along the way, the cumulative knowledge is generally far from sufficient for successful grant application. You also need a great deal of patience, as the approval process -- and there for the receipt of funds -- can take over a year.

"The public does not know much about the funding opportunities," says Suat Karabulut, head of Elit Project and Consultancy Services, to Sunday's Zaman. He explains that responsibility lies with the universities and colleges that administer these programs, particularly those in research and development programs. However, he laments the lack of enthusiasm on the part of the business community to take on and support research and development initiatives. "After all, these programs are intended to increase the competitiveness and provide an innovative edge to the Turkish economy."The total size of the budget in grants and loans from the EU is not that high when one compares the figure to the overall capacity of the Turkish economy, and its growing population in particular. But the EU says it tries to disburse funds to recipients based on qualifying criteria as efficiently as possible.

A year after the 1963 Association Agreement the first financial protocol between Turkey and then-European Economic Community (EEC) came into force. Three separate financial protocols were signed between 1964 and 1981, and various other budgets were made available to Turkey up to 1999.

Following the confirmation of Turkey's candidacy at the Helsinki summit in 1999, financial assistance to Turkey focused on membership preparation. Pre-accession funds are designed to help candidate countries prepare for EU membership in accordance with the Copenhagen criteria. The ultimate objective is to bring the country closer to EU standards by taking political, economic, legislative and administrative measures.

The funds channeled towards Turkey were combined under a single instrument, the pre-accession financial assistance program, and assistance to Turkey between 2002 and 2006 totaled 1.3 billion euros. From 2007 onwards, the EU has been channeling pre-accession funding through one single instrument, the IPA. A total of 2.3 billion euros worth of EU grants have been allocated to Turkey to support the country's harmonization process until 2010 within the framework of the IPA.

The decision-making process on who gets the money is divided between Turkey and EU institutions. The EU points out the areas where Turkey needs to harmonize with EU norms and regulations and Turkish institutions prepare and implement projects to address these needs. Once they agree on the national programs, the projects are implemented by a process of tendering. The CFCU, an institution within the Undersecretariat of the Treasury, is responsible for the tendering and payment process.

To ensure transparency and equal treatment, tenders and calls for proposals are published on official Web sites of the EU and Turkish agencies. The European Commission and the CFCU in Turkey can only award projects if they correspond to a relevant call for proposal or tender announcement.

Ministries and other governmental organizations: advice and training on how to apply EU legislation