Turks to rally against PKK violence

Thousands of people in Turkey's mainly Kurdish southeast will rally this weekend against PKK, a local governor said on Friday. 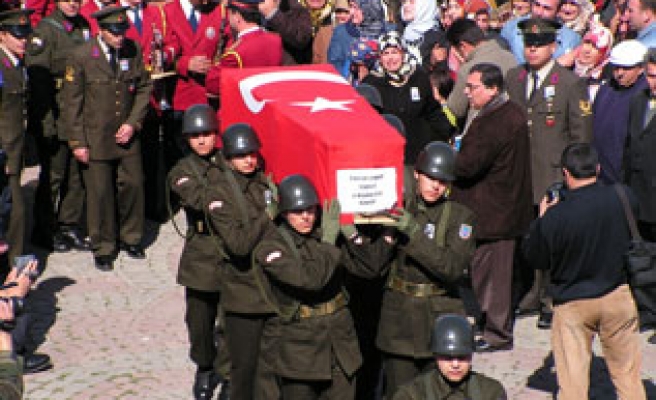 Thousands of people in Turkey's mainly Kurdish southeast will rally this weekend against PKK, a local governor said on Friday.

The governor of remote Sirnak province, Selahattin Apari, said local people were increasingly exasperated that attacks on civilian and military targets in Turkey by (PKK) were harming their economy.

Saturday's anti-PKK rally in Sirnak province near the Iraqi border is expected to draw up to 10,000 people, Apari said.

The rally was planned a month ago but coincides with a call from the army General Staff in Ankara on Friday for Turks to show a "mass resistance reflex" to the PKK attacks, an apparent call for popular rallies against the rebels.

In its Web site statement, the General Staff also vowed to respond as it sees fit to PKK attacks, leaving open the possibility of a cross-border incursion into northern Iraq where some 4,000 rebels are said to be hiding.

One officer sat at a computer screen monitoring images from cameras set up across the hillside. Local sources say several hundreds PKK rebels are active in the mountains nearby.

Security was tight at the border and a ban has been imposed on all land and air travel between Iraq and three Turkish provinces as part of the security operations.
Last Mod: 08 Haziran 2007, 18:54
Add Comment