Turn off TV to teach toddlers new words, speak to them: Study

Toddlers learn their first words better from people than from television programs for young children, according to new research at Wake Forest University. 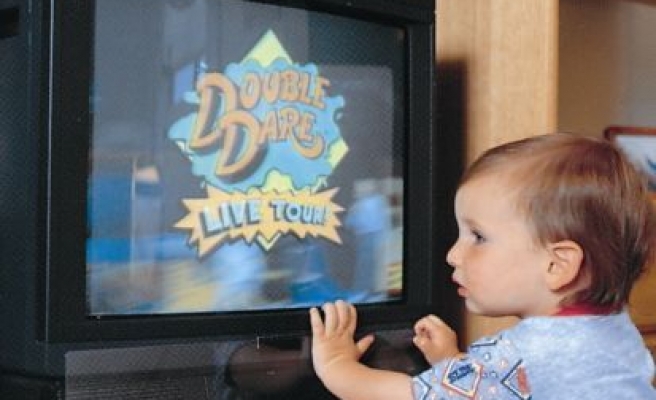 Toddlers learn their first words better from people than from television programs for young children, according to new research at Wake Forest University.

The study was published in the current issue of Media Psychology.

Children younger than 22 months may be entertained, but they do not learn words from television programs, said Marina Krcmar, associate professor of communication at Wake Forest and author of the study.

In the study, Krcmar evaluated the ability of children ages 15-24 months to learn new words when the words were presented as part of a "Teletubbies" program. She then evaluated their ability to learn the new words from an adult speaker in the same room with them.

Children younger than 22 months did not accurately identify an object when taught the new word by the television program, but they were readily able to connect the word with the object when the word was presented by an adult standing in front of them, she said.

"During the early stages of language acquisition, and for children who still have fewer than 50-word vocabularies, toddlers learn more from an adult speaker than they do from a program such as Teletubbies,' " Krcmar said.

The results of this study have important implications for language acquisition. It indicates exposure to language via television is insufficient for teaching language to very young children. To learn new words, children must be actively engaged in the process with responsive language teachers.

"We have known for years that children ages 3 and older can learn from programs like Sesame Street, "Krcmar said. But it seems television programming for children under the age of 2 does not help build vocabulary.

The results confirm the recommendation of the Academy of Pediatrics to avoid television for children under 2 years old.

"The idea that television can help teach young children their first words is a parents dream, but one not supported by this research," she said. Last Mod: 29 Haziran 2007, 12:41
Add Comment