At least four people have been killed by two bomb blasts in Khost, a town in south-eastern Afghanistan. 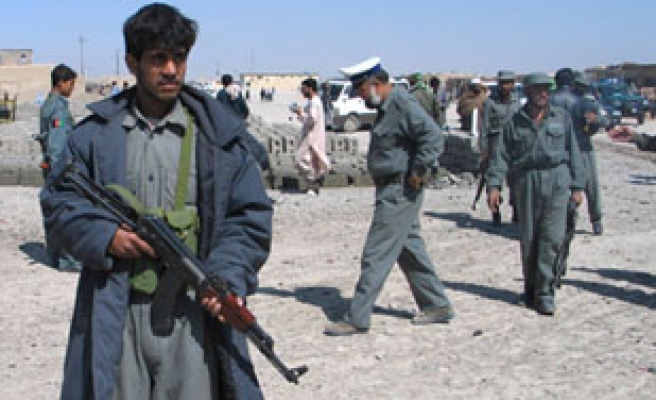 At least two people died when a bomb exploded in a mobile telephone shop in the town centre on Sunday morning, early reports said.

Soon afterwards a suicide bomber blew himself up - killing at least three when challenged by a policeman.

A doctor at a local hospital said two men were killed and seven wounded in the first blast in the telephone shop. He said several of the wounded were in critical condition.

A senior provincial police officer however said that three people had died in the blast.

"Police had spotted the suicide bomber who began to ran away and before being caught blew himself up, killing three civilians and wounding several people, including police," Wazir Badshah told reporters close to the scene.

Other eyewitnesses said that between three and ten people were killed in the second blast which occured a little more than an hour later.

No one claimed responsibility for the bomb, but shopkeepers said the Taliban may have targeted the shop as local people regularly download music into their mobile phones there.

The Taliban have targeted music shops and banned music, film and videos during their 1996-2001 rule of Afghanistan.

General Mohammad Ayub, the provincial police chief, said that the tribal dispute was the cause of the earlier market blast however.

The city of Khost has been the scene of several attacks by the Taliban in recent weeks.