The bodies of two out of 18 missing Ukrainian sailors trapped in a shipwreck in Hong Kong waters were recovered on Wednesday after divers entered the vessel for the first time since it sank over the weekend. 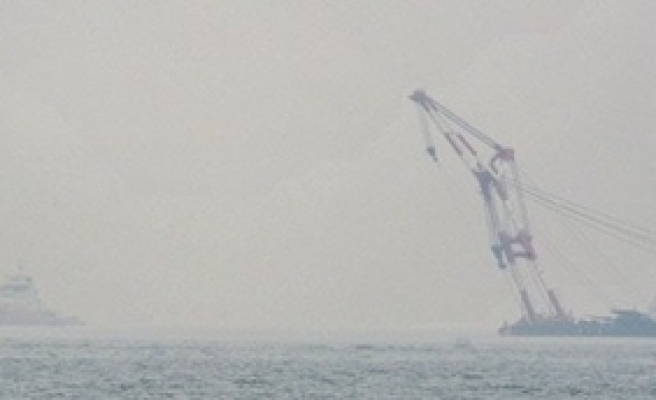 Divers scouring the Ukraine-registered tugboat Neftegaz-67 had been hampered by adverse conditions, but authorities said they finally gained entry to the vessel early on Wednesday.

"We recovered two bodies from the ship and we believe they are Ukrainian sailors," said Tony Leung, a spokesman for Hong Kong's Fire Services Department.

Leung said he had no further details about the fate of the other missing seamen but said efforts were continuing.

The boat is now lying upside down on the seabed 37 metres (122 feet) underwater, with swift currents and poor visibility having prevented initial access to the 80-metre long vessel.

Hopes of finding any survivors remain slim, with Hong Kong experts saying it was unlikely anyone might last more than 12 hours if exposed to the present seawater temperature of around 17 degrees Celsius (62 degrees Fahrenheit).

The accident occurred on Saturday when the Ukrainian tug collided with a Chinese registered bulk carrier "Yao Hai" in Hong Kong's western waters off Lantau island.

Of the tugboat's 25 crew, seven members, including six Ukrainians and one Chinese, have been rescued.

A delegation of around 20 Ukrainian experts and officials led by the vice-minister of transport and communication, arrived in Hong Kong on Tuesday night to support the rescue operation.

"Everyone in Ukraine is optimistic that we'll do our best to save people and we hope that there are still some people alive," said delegation member Oksana Reiter.

The safety record of the Ukrainian tug has come under scrutiny, with media reports suggesting the tug had been deemed unsafe after repeated inspections in recent years.

Hong Kong's South China Morning Post reported on Wednesday that an inspection on the vessel last October in the southern Chinese city of Shenzhen had "uncovered a catalogue of safety faults and technical and navigational flaws."