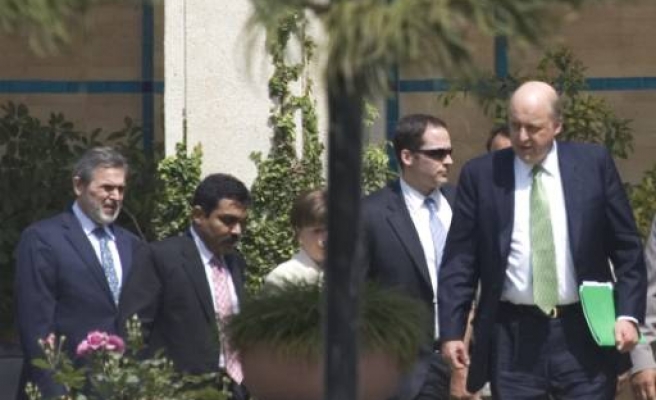 U.S. Deputy Secretary of State John Negroponte and Assistant Secretary of State Richard Boucher arrived a day after Pakistan's National Assembly voted in a new prime minister who will head a coalition government made up of opponents to U.S. ally Musharraf.

A U.S. embassy spokeswoman declined to say who the two officials would be meeting but an official in Washington said on Monday Negroponte hoped to meet Prime Minister Yousaf Raza Gilani and was likely to see Musharraf.

"This visit continues the ongoing series of visits that the deputy secretary and assistant secretary make to Pakistan to discuss issues of mutual interest," the spokeswoman said.

"They'll be seeing a wide range of people."