A two-year plan to bridge the divide between Islam and the West was presented to Secretary-General Ban Ki-moon by the U.N. envoy heading the global campaign on the issue, known as the "Alliance of Civilizations." 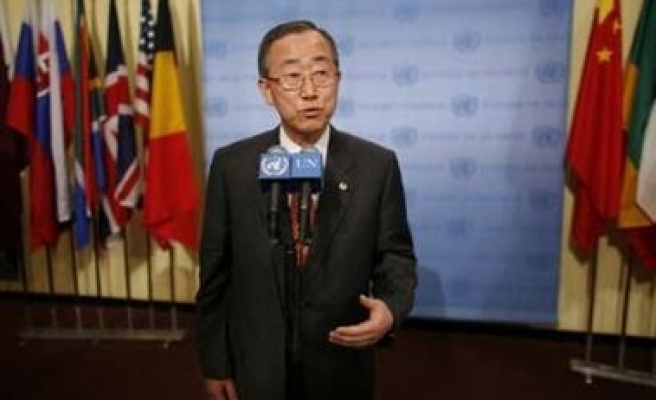 A two-year plan to bridge the divide between Islam and the West was presented Thursday to Secretary-General Ban Ki-moon by the U.N. envoy heading the global campaign on the issue, known as the "Alliance of Civilizations."

Speaking to reporters in New York after his meeting with Ban, Jorge Sampaio, the UN High Representative for the Alliance of Civilizations, explained that the initiative is about "building bridges between societies, promoting dialogue and understanding, and forging collective political will to address the world's imbalances, tensions and sources of conflict."

He said the Alliance will be focusing on four main fields of activity; education, youth, media and migration. "Teaching about other cultures and religions heightens students' awareness of the beliefs and traditions that shape other people's lives," he said.

"Media consists of the most powerful means to promote knowledge about other cultures, understanding [and] mutual respect," he noted, adding that migration is "a natural bridge between diverse communities."

The plan presented today sets out a range of projects and initiatives which the Alliance will support and help develop over the next two years, including a media fund to promote productions developed across cultural, religious and/or national lines, a Youth Employment Centre aimed at increasing work opportunities for young people in the Middle East, and a project aimed at expanding international student exchange programmes, according to a press release issued by the Alliance.

In addition, the Alliance will establish a "rapid response media-based mechanism" to provide platforms for constructive debate during times of increased tensions around cross-cultural issues. It will also develop an "online clearinghouse" of best practices, materials and resources on cross-cultural dialogue and cooperation projects.

Sampaio also highlighted the establishment of a "Group of Friends" network, a growing community of over 50 States and international organizations that support its objectives to foster partnerships and deepen cooperation on a range of initiatives across different regions.

He also drew attention to an international forum, to be held in Spain in January 2008, that will provide "a platform to forge partnerships, launch new initiatives and stimulate projects" by governments, civil society, donors and the private sector. The forum set to become an annual event will also evaluate efforts and determine future action.


In addition, a voluntary fund will support the Alliance's work.
The Alliance of Civilizations was created in 2005 at the initiative of Spain and Turkey and under UN auspices to try to tackle fear and suspicion, bridge divides and overcome prejudices and polarizations between Islam and the West. In April, Ban appointed Sampaio, a former President of Portugal, as the first UN High Representative for the Alliance. Last Mod: 15 Haziran 2007, 13:36
Add Comment