The prime minister of the United Arab Emirates has announced the creation of a $10 billion fund to promote education in Arab countries. 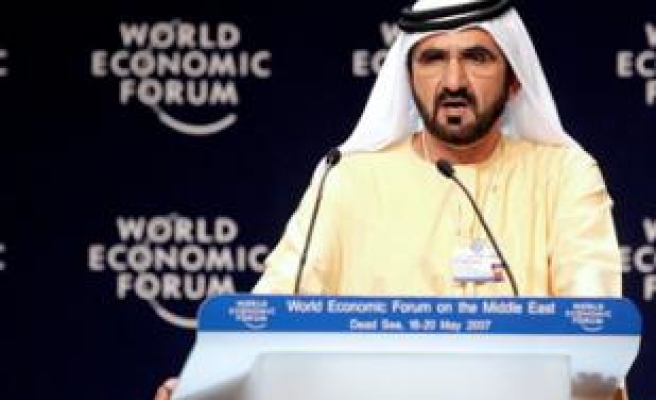 Sheikh Mohammed bin Rashid al-Maktoum, who is also the ruler of Dubai Emirate, made the announcement at a World Economic Forum meeting in Jordan on Saturday.

Sheik Mohammed said the money would be used to create research centres in the region, support university research and distribute scholarships to students.

The foundation will also launch a fund for providing scholarships to send students to world-reputed universities and institutes in 2008.

"There is a wide knowledge gap between us and the developed world in the West and in Asia. Our only choice is to bridge this gap as quickly as possible, because our age is defined by knowledge," Sheikh Mohammed told the WEF meeting on the shores of the Dead Sea.

He said the Arab world spends 0.02 per cent of its gross domestic product on scientific research, while developed countries spend between 2.5 per cent and 5 per cent.

In the Middle East, 18 per cent of people under 15 are illiterate and that number jumps to 43 per cent for women, he said.

Jordan's King Abdullah II opened the three-day forum on Friday with an appeal to politicians and business leaders to help end Middle East violence and prepare for the "day after peace" in the region, where more than half the population is young.

Of 325 million people living in the Arab world, more than 200 million are under 24, the king said.

More than 1,000 participants from 50 countries are attending the annual forum which aims to advance economic diversification and promote peace in the troubled Middle East.