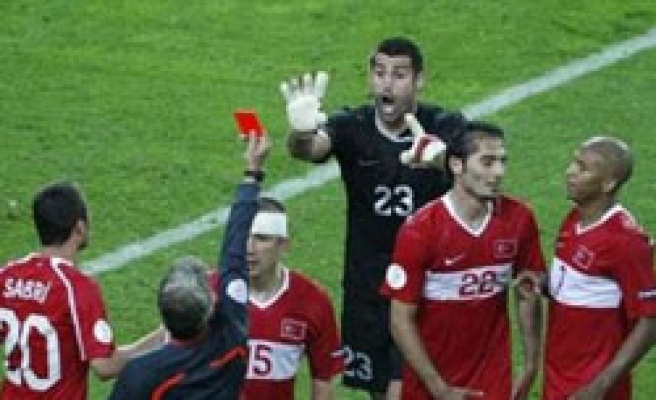 "The UEFA Appeals Body has rejected the appeal made by the Turkish FA following the decision of the UEFA Control and Disciplinary Body to ban the player Volkan Demirel for two matches, after the player's red card during the match between Turkey and Czech Republic on June 15th," Uefa said in a statement.

Goalkeeper Volkan was dismissed in the last minute of the game for pushing Czech striker Jan Koller.

"Thus the decision of the UEFA Control and Disciplinary Body is upheld and having served one match of the two-match ban for the match Croatia - Turkey, the remaining one-match suspension shall apply to the UEFA EURO 2008 semi-final match between Germany and Turkey on June 25th," it added.