As many as 1,000 or more members of Muslim ethnic Uighur minority in China staged protests in East Turkistan last week following the custodial death of a prominent Uighur businessman and philanthropist. 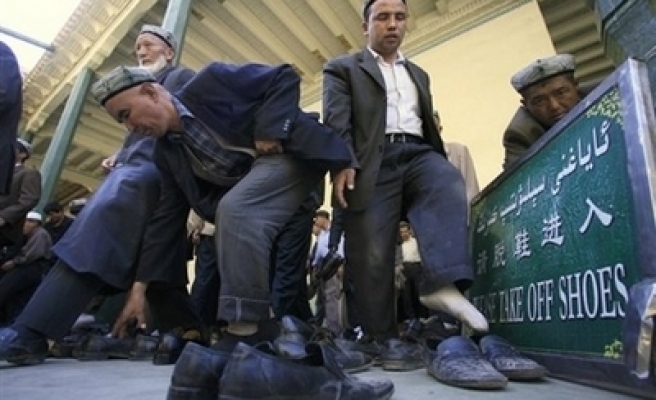 More than 1,000 demonstrators gathered in Hetian, which is populated mostly by Turkic-speaking ethnic Uighurs, on March 23-24, said Dilxat Raxit, spokesman for the World Uyghur Congress, an exile group based in Germany that seeks independence for the region.

Most were female and sought more religious freedom in the mostly Muslim region, he said. Some had also protested against young Uighur women being forced into labour elsewhere in China without legal guarantees.

Raxit said about 500 people were held.

U.S. government-supported Radio Free Asia also reported a few hundred people were taken into custody after several hundred people gathered in Hetian and a nearby area to protest against the death in custody of a prominent Uighur jade trader and philanthropist.

Police returned his body to relatives March 3 after two months in custody, saying he had "died" in hospital of heart trouble.

The protesters also demanded an end to an official bid to ban head scarves and seek greater autonomy, the end of the use of torture and the release all political prisoners, it quoted sources as saying.