The British government asked mosque imams to provide citizenship lessons for young Muslims as part of a wider campaign by London to exert more control over Islamic institutions. 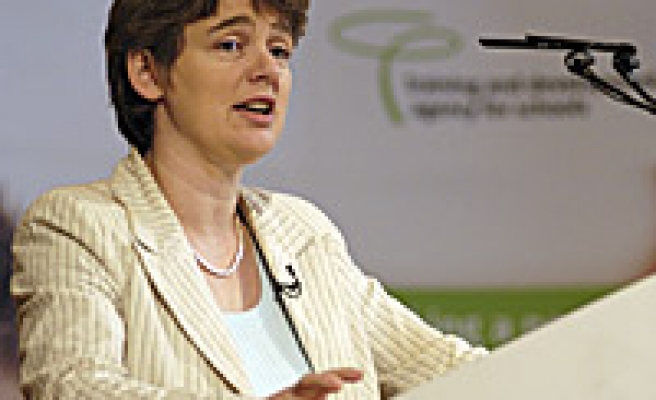 The British government asked mosque imams to provide citizenship lessons for young Muslims as part of a wider campaign by London to exert more control over Islamic institutions.

According to the BBC, more than 100,000 UK youngsters attend Islamic religious schools attached to mosques - madrasas - every day.

Mosque imams will start using a new curriculum, backed by Communities Secretary Ruth Kelly and drafted by a group of mosques in Bradford, which aims at tackling extremism and countering negative messages about perceived clashes between Islam and British culture, officials with knowledge of the new program say.

"Madrasas have a pivotal role to play in winning hearts and minds and supporting young people to reject the messages of extremist groups,” Ms Kelly said, according to the BBC.

"This project ensures that young Muslim students learn the true teachings of Islam and encourages them to play an active role in their local communities and as citizens… I would like to see citizenship on the curriculum of madrasas up and down the country.”

Although state-funded Islamic schools teach citizenship as part of the national curriculum, madrasas are independent and the government has little control over what they teach.

The new citizenship course, known as the Nasiha (Advice) project, aims at stressing that the teachings of the holy Qur’an are rooted in respect and tolerance.

Those behind the project say that it’s been developed to promote community cohesion and help Muslim communities be resilient to the small minority who promote hate in the name of Islam.

Government officials say that the course will encourage students to take part in local life through community work. It will also stress the importance of voting and taking part in the political process.

The government says five madrasas and one school in Bradford have already adopted the program and that 10 imams there have undergone training to teach citizenship. Last Mod: 18 Mayıs 2007, 12:14
Add Comment