British Prime Minister Gordon Brown has suffered a humiliating defeat in a mid-term election for a vacant parliamentary seat, the latest setback coming exactly a year after he took power. 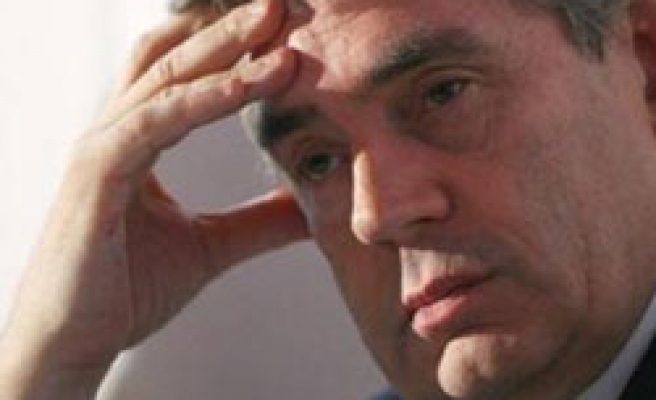 A poll in the Daily Telegraph newspaper on Friday made further grim reading, saying Brown was regarded as a liability to his ruling Labour Party by two-thirds of British voters.

Brown's year in office since taking over from Tony Blair has been calamitous. The approval ratings of Blair's former finance minister have been in free fall since he opted against calling a snap general election last October.
Accused of dithering over the vote, Brown has since suffered from growing malaise over an economic slowdown, the first run on a major bank in more than a century, a botched tax reform and fears of a housing market crash.

The Labour candidate for the vacant parliamentary seat in the affluent riverside town of Henley-on-Thames, close to London, came fifth in the poll, held on Thursday.

He attracted just 3.1 percent of votes cast -- behind the Greens and the far right British National Party. Three years ago Labour won 14.7 percent.

"It's a terrible result," Labour Health Minister Ben Bradshaw told BBC radio, saying that voters were reacting to economic events beyond the control of the government.

"When people start feeling the pinch ... because of rising fuel and food prices, they take out their anxiety and frustration on the incumbent government."

Labour's candidate performed so poorly he had to forfeit a cash deposit of 500 pounds ($990) -- the kind of indignity normally reserved for minor parties.

Labour had been braced for a poor showing, but not such a spectacular collapse.

The opposition Conservative Party comfortably retained the seat with 57 percent of votes cast. The poll was called after Conservative Boris Johnson resigned from his seat when he was elected mayor of London last month.

Labour suffered its worst local elections defeat on record in last month's vote, as well as losing control of London to the Conservatives. Later in May, Labour lost its first mid-term parliamentary seat to the Conservatives since 1978, the year before Margaret Thatcher romped to victory and condemned the party to 18 years in opposition.

The YouGov survey in the Daily Telegraph found that only 16 percent of those asked thought Labour would win the next general election, with 67 percent predicting a Conservative victory.

"Never before in history can any prime minister's standing have fallen so far, so fast," Anthony King, professor of government at Essex University, wrote in the newspaper.