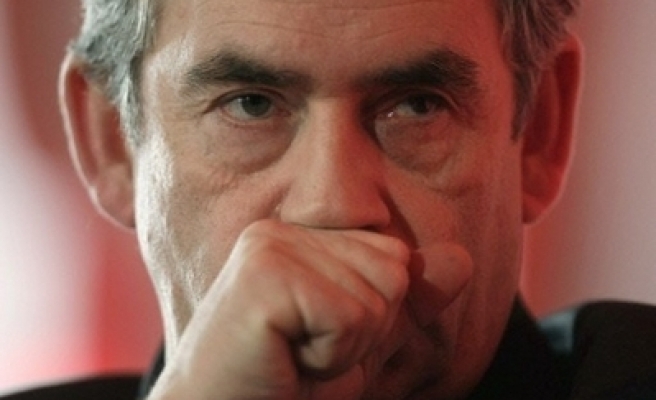 On Wednesday, Brown called on a summit of the U.N. Security Council and the African Union to support democracy and human rights for Zimbabwe. "No one thinks, having seen the results of polling stations, that President Mugabe has won," he said.

Chinamasa said in a statement published by Zimbabwean state media that Brown had spoken so strongly in order to promote British interests in Zimbabwe, undermine Zimbabwe's electoral processes and mislead the international community.

"We tell him (Brown) clearly and without ambiguity that we are not a colony of the British," he said.

The Herald newspaper also quoted Chinamasa as saying that Tsvangirai's declaration of victory in the election was part a British plot to destabilise Zimbabwe. He urged the electoral authorities to find those polling officials who he said were "corruptly paid British pounds to tamper with the process".

"The unofficial results ... point to a run-off between President Mugabe and Tsvangirai," he was quoted as saying.

The Herald newspaper also published details of what it said was a letter from Brown to Tsvangirai assuring the MDC leader that Britain had lobbied Southern African Development Community (SADC) members to convene an urgent summit on Zimbabwe and that London would impose more sanctions on the country.

There was no immediate comment on this from Tsvangirai's Movement for Democratic Change (MDC) or from British officials.

Chinamasa was quoted as saying: "It is clear from the correspondence that Tsvangirai along with Brown are seeking regime change in Zimbabwe, and on the part of Tsvangirai, this is treasonous."

"There is no doubting the consequences for acting in a treasonous manner," Chinamasa said.

"The British are driving an agenda to put their puppet at the helm of this country ... The people of Zimbabwe will not allow this country to be taken over by a British surrogate."