UK does not want Israeli strike against Iran: FM

Britain is "100 percent focused" on a diplomatic solution to the Iranian nuclear dispute, Foreign Secretary David Miliband said on Thursday. 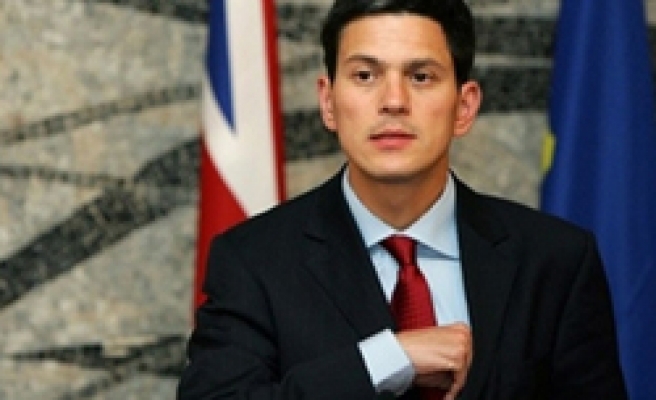 Britain is 100 percent focused on a diplomatic solution to the Iranian nuclear dispute and does not want an Israeli strike against Iranian nuclear facilities, Foreign Secretary David Miliband said on Thursday.

Asked whether Britain would support a "pre-emptive" Israeli strike against Iran, Miliband said in a BBC radio interview: "We don't want to get there...We are 100 percent focused on the diplomatic track."

"It's a diplomatic resolution that must be found to this issue. It's massively in everybody's interest," he said.

But he added: "This is a very, very dangerous situation. It's one that can be resolved by diplomacy but the costs of the Iranian course need to be made very, very clear."