The Sunday Times of London published what it said was a statement in a video it obtained from the group through an intermediary in Iraq. 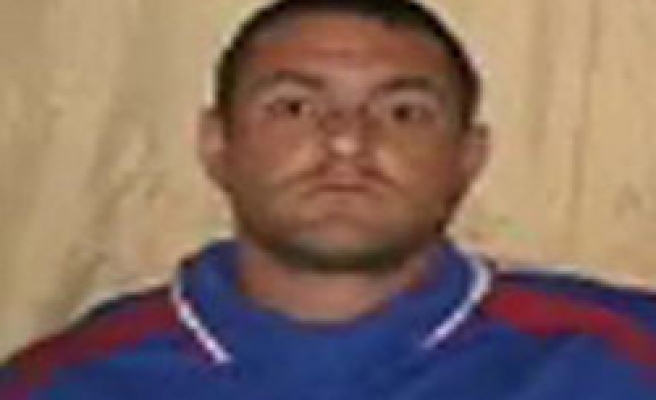 A group that claimed responsibility for the kidnapping of five Britons in Iraq more than a year ago, has said one of its hostages committed suicide, London's Sunday Times reports.

The Sunday Times of London published what it said was a statement in a video it obtained from the group through an intermediary in Iraq.

The video, available on the Times Web site late Saturday night, shows an Arabic-language statement claiming that one of the hostages — identified only as Jason — killed himself on May 25. A photograph, apparently of Jason, is affixed to the top left corner of the statement.

The newspaper said the statement blamed the British government for ignoring previous statements that the kidnappers and the captives have made. In the past, the militia has demanded that that all British forces be withdrawn from Iraq and that Iraqis held by U.S.-led forces be freed.

"This procrastination and foot-dragging and lack of seriousness on the part of the British government has prolonged their psychological deterioration, pushing one of them, Jason, to commit suicide on 25/5/2008," the Times quoted the statement as saying.

It was not immediately clear which hostage the group was referring to.

Five men — information technology consultant Peter Moore and four guards — were kidnapped from the Iraqi Finance Ministry compound in Baghdad in a brazen raid in May 29, 2007. Two of the guards are named Jason and the others are Alan and Alec. Their surnames have been withheld at their families' request.

In December, a man identified as Jason was featured in a hostage video aired on Al-Arabiya television. Looking haggard and occasionally glancing down as if to read a piece of paper, Jason said he and his fellow captives felt they had been forgotten.

Like the video carried by The Sunday Times, the Al-Arabiya broadcast showed a statement and identified the men's captors as the Shiite Islamic Resistance in Iraq.

The British government said Saturday night that it could not confirm the veracity of the latest video or verify its claims.

But British Prime Minister Gordon Brown, who had just left Iraq after meeting with Iraqi Prime Minister Nouri al-Maliki on Saturday, called The Sunday Times report a "very distressing development" said that he was taking it seriously.

"I raised the case of these men with PM Maliki," Brown said in a statement. "We both share a desire to see them returned safely to their families. I call on those holding the hostages to release them immediately and unconditionally."