UK academics will call on members to "oppose the ethnic profiling of Muslim students and staff for immigration control or security purposes". 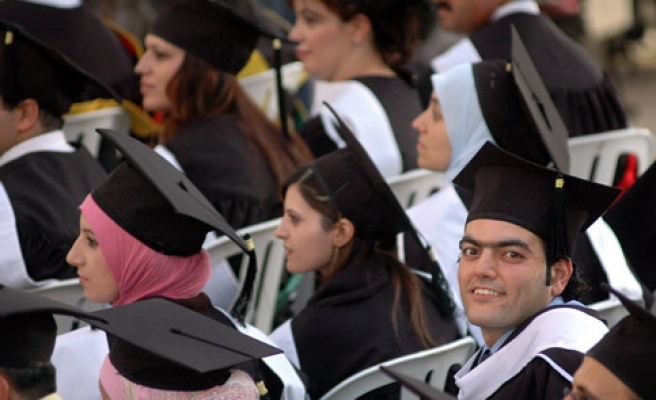 UK academics will call on members to "oppose the ethnic profiling of Muslim students and staff for immigration control or security purposes", Telegraph reported on Tuesday.

The University and College Union, will ask its 120,000 members to refuse to take part in the Government-led "witch hunt".

It says that Muslims are being "demonised" because of new guidance that asks staff to look out for students falling under the influence of radical preachers.

The Department for Education and Skills has warned “university staff to log suspicious behaviour amid fears that campuses are being infiltrated by fanatics recruiting for so-called jihad”.

In a 20-page report published in December, ministers warned of "serious, but not widespread, Islamic extremist activity in higher education institutions".

It asks lecturers to vet Islamic preachers who have been invited to campuses, ensure that "hate literature" is not distributed among students and report suspicious behaviour to police.

But at the UCU annual conference in Bournemouth, lecturers will warn of a "recent rise" in racism and its "apparent promotion by Government policies".

Academics at the union's London Metropolitan University branch will say that "increasingly restrictive measures and the xenophobic language surrounding them" has led to an increase in racist attacks on Muslims.

"Islamophobia and the attempts at increased surveillance on Muslim communities are not only encouraging racist and xenophobic tendencies in Britain but are also leading to measures that threaten civil liberties," they will warn.

A motion to the conference will condemn Government attempts to use "members of staff for such witch hunts".

Prof Anthony Glees, the director of Brunel University's centre for intelligence and security studies, has claimed that “Islamic extremists” were grooming students at more than 25 campuses.

But Bill Rammell, the higher education minister, said that only "a small minority who advocate extremism" were affected.

Nevertheless, Government guidance said that some students, particularly those away from home for the first time, were vulnerable targets. It suggested that some "quite rightly" wanted to explore their faith but then fell into the wrong company.

The report claimed universities gave extremists the opportunity to "form new networks, and extend existing ones".

But the UCU will call on members to "oppose the ethnic profiling of students and staff for immigration control or security purposes".