Britain said Wednesday it was pushing forward with an extradition request for an ex-KGB bodyguard sought in the poisoning death of a former comrade, despite Moscow's insistence that it will not comply. 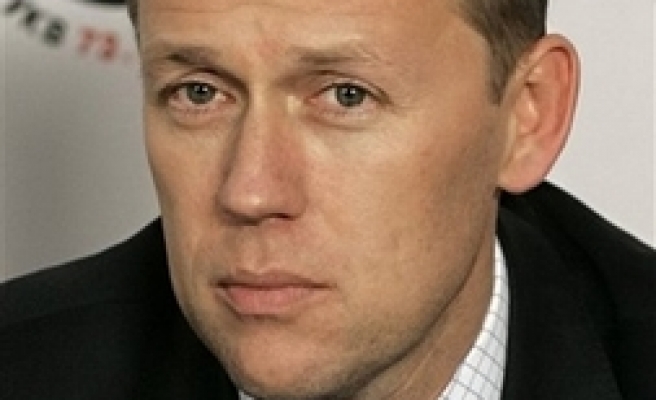 Britain said Wednesday it was pushing forward with an extradition request for an ex-KGB bodyguard sought in the poisoning death of a former comrade, despite Moscow's insistence that it will not comply.

Andrei Lugovoi is wanted in the killing of Alexander Litvinenko, a former KGB agent poisoned last year with the radioactive substance polonium-210 after meeting Lugovoi and two other Russian men at a London hotel.

"An extradition request will be drawn up and it will be forwarded to the Russian government by our embassy in Moscow," a Foreign Office spokesman said on condition of anonymity in line with government policy.

On his deathbed, the 43-year-old Litvinenko said Russian President Vladimir Putin was behind his killing, an allegation the Russian government rejected. Litvinenko had also said Russian authorities were behind a deadly 1999 apartment blast and the murder of investigative journalist Anna Politkovskaya.

Russia has said its constitution bars the extradition of nationals. But Britain is putting pressure on Moscow: the Foreign Office summoned the Russian ambassador Tuesday to urge cooperation.

Russia's First Deputy Prime Minister Sergei Ivanov suggested Wednesday that the Kremlin may not get involved in the case.

"We have a court, we have a prosecutor's office — independent of the executive power — that I hope will receive official materials" from Britain, Ivanov told a news conference.

He played down the potential for diplomatic repercussions in the standoff between Britain and Europe's leading energy supplier.

"I don't see a big connection between the Litvinenko case and the development of Russian-British relations on the whole," Ivanov said.

But a Blair spokesman warned that failure to produce Lugovoi risked worsening relations. He said Britain has received no formal response from Moscow, but declined to say whether Blair or Foreign Secretary Margaret Beckett planned to speak directly to their Russian counterparts about the case.

One Russian lawmaker, from a party that generally supports the Kremlin, urged Lugovoi to travel to London to take the pressure off the Russian government.

"I would appeal to Lugovoi personally that he go to England and not create problems. If he is convinced of his innocence, he can fully prove his innocence with the help of a lawyer," Alexei Mitrofanov, of the nationalist Liberal Democratic Party, said at a session of the Duma, the lower house of parliament, RIA-Novosti news agency reported.

Meanwhile, self-exiled Russian billionaire Boris Berezovsky, who has accused the Kremlin of being behind Litvinenko's killing, predicted Lugovoi would be "killed within the next two or three years."

"He is the suspect of the plot in London but he is also the witness of the plot in Moscow and that is more dangerous," Berezovsky said in an interview with The Associated Press.

"I tell you there is no doubt in Russia Lugovoi will be killed," he said. "They don't want to keep him alive because he is a witness of Putin's crime."

Berezovsky and Litvinenko were both granted asylum in London in 2000, and Britain has repeatedly rejected Russian requests to extradite the billionaire on fraud charges, saying he would not get a fair trial there.

Lugovoi, a millionaire businessman, had once been Berezovsky's chief bodyguard in Moscow, and most recently organized the security for Berezovsky's daughter when she traveled to Russia last year.

Lugovoi has denied all the charges against him, saying they are politically motivated.

Radioactive traces were found at a dozen sites across London after Litvinenko's death Nov. 23, including three hotels, the Arsenal team's soccer stadium, two airplanes and a business block used by Berezovsky. More than 1,000 people in Britain and abroad were tested for contamination by polonium-210, the substance that poisoned Litvinenko.

Organizers of the Litvinenko Justice Foundation, set up in April to provide support and seek compensation for those caught up in the health scare, said few people had come forward.

Alex Goldfarb, a trustee and former spokesman for Litvinenko, said he had received e-mails from apparent victims claiming they do not want to their plight to be made public.

"They are so shocked at being exposed and want to get on with their lives," he said. "People are afraid of the stigma and worried that people won't shake their hands if they knew they were exposed to radiation." Last Mod: 23 Mayıs 2007, 17:41
Add Comment