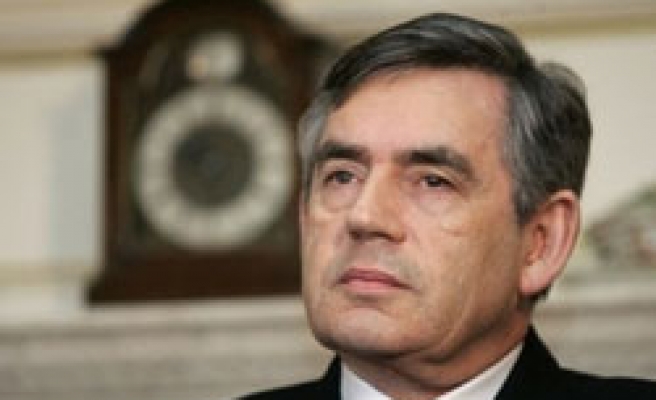 Britain's ruling party pledged to learn lessons on Saturday after suffering a crushing defeat in local elections that newspapers said may signal the beginning of the end for Prime Minister Gordon Brown's government.

Columnist Jonathan Freedland, writing in the left-leaning Guardian newspaper, said Labour's defeat in London appeared to confirm that "Labour is about to enter the twilight".

The Conservatives, who lost the last three parliamentary elections, were elated after winning an estimated 44 percent of the vote to Labour's 24 percent.

"We've shown there is an alternative. We must now prove it. But I believe that my party is ready to step up for Britain," Conservative leader David Cameron said.

If the results were repeated at the next parliamentary election, which Brown must call by mid-2010, the Conservatives would win a landslide victory, with a 130-seat majority in parliament.

The result was a stinging personal setback for Brown, who took over as prime minister less than a year ago after serving as finance minister for a decade in the shadow of three-times election winner Tony Blair.

Ministers blamed the defeat on the deteriorating economy. Voters are being squeezed by higher food and energy prices just as the credit crunch makes mortgages more costly and raises the risk of a plunge in house prices.

Government launched a post mortem, recognising it had made mistakes and vowing to raise its game.

"The overall picture is very bad indeed. We should look things straight in the eye and take serious account of the message that the government has been sent by people," cabinet minister Tessa Jowell told the BBC.

In a sign of the government's concern that it has lost touch with voters, she said the government had to "focus much more directly on the practical circumstances of people's lives."

Brown was preparing a fightback with plans to unveil a new legislative programme, possibly as early as next week.

Despite the scale of the election reverse, analysts said there was no prospect of a challenge to Brown's leadership.

Brown enjoyed a short-lived honeymoon with voters last year, but his popularity ratings began to plunge as the credit crunch led to the first run on a British bank in more than a century.

He has also been beset by industrial unrest, administrative blunders and a problem with his dour image.

It was one of Brown's last decisions as finance minister -- the removal of a 10 pence in the pound tax band -- that came back to haunt him in Thursday's election.

Justice Secretary Jack Straw said the abolition of the tax band, which hit low-earners, was the key election issue.

"They wanted to punish him (Brown), or punish us, in respect of the 10 pence," he told BBC radio on Saturday.

Conservative Boris Johnson, a journalist-turned-lawmaker, wrested the prized post of London mayor from Labour's maverick Ken Livingstone, who has run the sprawling metropolis of some 7.5 million people since 2000. He will be deeply involved in the organisation of the London 2012 Olympics.

Labour lost 331 councillors and the Conservatives gained 256 in the council elections in England and Wales.