Iran has accused the UK of insulting Islam by awarding a knighthood to Salman Rushdie, whose novel "The Satanic Verses" prompted the late Iranian Ayatollah Ruhollah Khomeini to issue a fatwa death warrant for him. 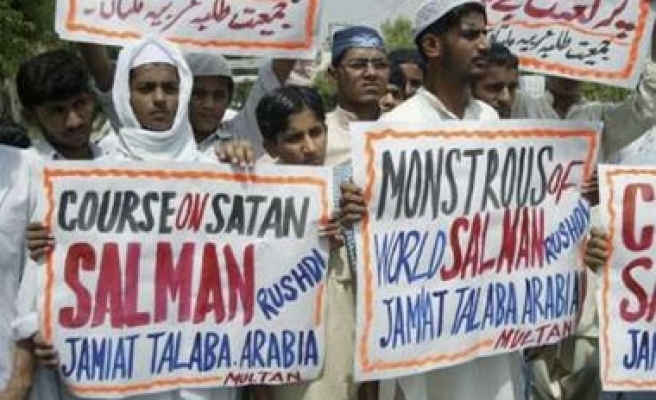 Iran has accused the UK of insulting Islam by awarding a knighthood to Salman Rushdie, whose novel "The Satanic Verses" prompted the late Iranian Ayatollah Ruhollah Khomeini to issue a fatwa death warrant for him.

Rushdie has been knighted for his services to literature in Queen Elizabeth's birthday honours list published on Saturday.

Mohammad Ali Hosseini, an Iranian ministry spokesman, said the decision was an act directed against Islam by the UK, which is among world powers involved in an escalating standoff with Iran over Tehran's disputed nuclear ambitions.

"Honouring and commending an apostate and hated figure will definitely put the British officials [in a position] of confrontation with Islamic societies," he said.

"This act shows that insulting Islamic sacred [values] is not accidental. It is planned, organised, guided and supported by some Western countries."

The Iranian government formally distanced itself in 1998 from the original fatwa against Rushdie, issued in 1989 by Khomeini who said the book committed blasphemy against Islam. Rushdie lived in hiding for nine years.

But shortly after it disavowed the death edict under a deal with the UK, Iranian media said three Iranian clerics called on followers to kill Rushdie, saying the fatwa was irrevocable and that it was the duty of Muslims to carry it out.

Britain's twice-yearly honours ritual, designed to recognise outstanding achievement, is part of an ancient honours system. A total of 946 honours were handed out in the birthday list, including 21 knighthoods.

Hosseini said: "Giving a badge to one of the most hated figures in Islamic society is ... an obvious example of fighting against Islam by high-ranking British officials."

On Thursday, demonstrators threw stones and eggs at the British embassy in Tehran and condemned anyone attending the Queen's annual birthday party as "traitors" and supporters of the "Old Fox" Britain.

In March, Iranian forces seized 15 British servicemen in the mouth of the Shatt al-Arab waterway, which separates Iran and Iraq, triggering a diplomatic crisis.

Tehran said the Britons were in Iranian waters and released them in April.

The UK and other Western powers accuse Iran of seeking to build a nuclear weapon.

Iran says its nuclear programme is solely aimed at generating electricity so that it can export more of its valuable oil and gas.