UK to use conflict prevention fund to fly jets in Iraq: report

Britain is planning to use money earmarked for weapons disposal and landmine removal in former conflict zones to service Tornado jets flying in Iraq, The Guardian reported on Monday. 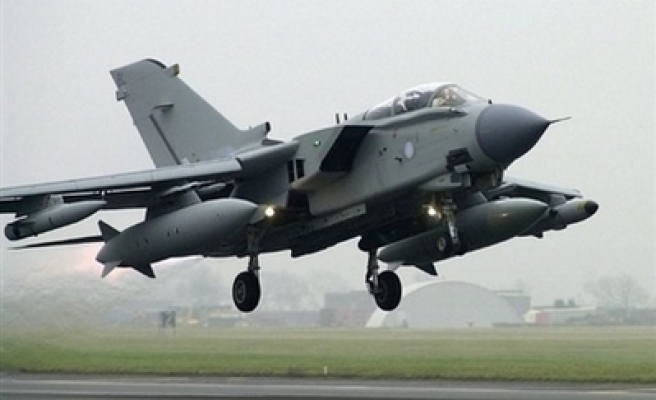 In quotes published in the newspaper, a defence ministry spokeswoman confirmed the decision, describing it as a "short-term measure only, due to Tornados' increased use on operations."

Citing a copy of a memo sent to junior defence minister Baroness Ann Taylor that it had seen, the paper said the Ministry of Defence planned to raid the Conflict Prevention Fund to pay British defence manufacturer BAE Systems to service six Tornado jets.

The need to raid the fund arose because of the jets' increased use in Iraq, where approximately 4,100 British soldiers are stationed, and also because Britain closed part of a repair facility in Glamorgan, Wales, while a Royal Air Force base in Norfolk, eastern England, does not have the required capacity.

"The use of BAE Systems Warton will incur additional costs," the memo reportedly read.

"BAE Systems are in the process of calculating these costs, but there is yet no timescale for their presentation to MoD. The additional monies will be subject of a claim against the Conflict Prevention Fund."

The memo acknowledges that the move will be seen as unpopular and promises "defensive news briefs ... to counter adverse media comment."