UK will give points to immigrants

Britain's communities secretary Ruth Kelly, and immigration minister, Liam Byrne, have unveiled plans to toughen the rules for citizenship, making this depend on good behaviour, knowledge of English and of the United Kingdom and a willingness to integrate 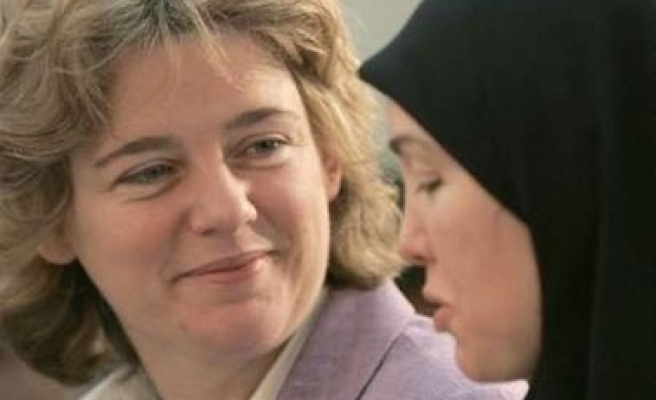 Britain's communities secretary Ruth Kelly, and immigration minister, Liam Byrne, have unveiled plans to toughen the rules for citizenship, making this depend on good behaviour, knowledge of English and of the United Kingdom and a willingness to integrate.

The ministers have also proposed a national day and a citizenship pace for every teenager in the UK when they come of age, as well as a 'Britain day', in an attempt to try and instill community pride in young adults.

Kelly and Byrne are also calling for more inclusive and visible citizenship ceremonies for anyone wanting to settle in the UK.

The pack for 18-year-olds would set out what is expected of adult citizens and would give information on political participation including voter registration, volunteering and civic duties such as jury service.

Under the plans, immigrants could have the opportunity to "earn" British citizenship under a point-based system that would give credits to migrants for doing voluntary work and remove these if they break the law. Accrual of credits would be linked to the length of time spent in the country, bringing significant new investment to the country, as well as English proficiency and knowledge of UK history and institutions.

"This form of points system would be the basis of a clearer relationship between the citizen and the state. A contract would be more clearly understood by the migrant and would incentivise integration and demonstrate a clearer sense in which citizenship and their rights that come with living in Britain are earned," Kelly and Byrne said in a statement.

Local government should also provide a 'life in Britain good neighbour contract', setting out their responsibilities to be good neighbours, as well as their access to English lessons training and employment, say the ministers. Identity cards also features in their plans.

The ministers warn there is "a critical risk that after 40 years in which diversity has grown, Britain's communities stop looking outwards, celebrating what they have in common and instead begin looking inward, stressing their differences and divisions".

The threat to British cohesion comes both from extremism and also groups like the far-right British National Party (BNP) that create a "toxic form of pollution around society," said the ministers.

The plans have already been enthusiastically endorsed by prime minister-in-waiting, Gordon Brown and are likely to feature in a forthcoming report by the parliament's Commission on Integration and Cohesion. Last Mod: 05 Haziran 2007, 15:58
Add Comment