Chairman of the Verkhovna Rada of Ukraine is sure that "Political speculations regarding the status of the Autonomous Republic of Crimea as well the State of Ukraine's territory must be nipped in the bud. " 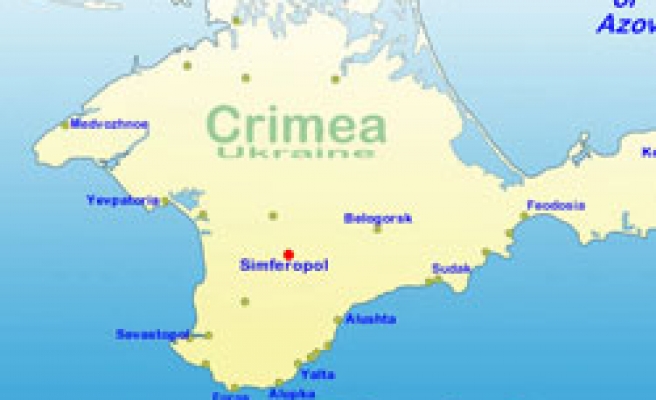 Mr. Arsenii Yatseniuk, the Chairman of the Verkhovna Rada of Ukraine, considers now some politicians try to use the foreign-policy cards of Ukraine and Crimea for preparation of next election campaign. Therefore, they make their comments and parallel the Georgian-Ossetian conflict and Crimean situation. The Speaker stated about it after presentation of the photo exhibition for blinds on 15, August in Aqmescit (Simferopil).

The Speaker noted "they have to prepare themselves to next election campaign; they want to demonstrate own political sympathies, anti-Russian or anti-Georgian rhetorics". To opinion of Mr. A. Yatseniuk, "there is the most harmful thing because, as a rule, these politicians do not understand anything in the shperes of foreign policy and international legal relationship". The Chairman affirms it cannot be nothing of the kind as in South Ossetia, reported QHA news agency.

At the same time, he stressed Ukraine is unitary state, and Crimea has all the rights as the autonomy. Also he is sure "political speculations regarding the status of the Autonomous Republic of Crimea as well the State of Ukraine's territory must be nipped in the bud.

A top Ukrainian security official on Saturday discounted any notion of a insurgency in the sensitive Crimea as President Viktor Yushchenko proposed Kremlin talks on the issue of the Russian fleet based there.

Ukraine's pro-Western leaders, brought to power by the 2004 "Orange Revolution" and committed to seeking NATO membership, have been increasingly at odds with Russia over foreign policy.

He further enraged Moscow this week by ordering restrictions on the movement of ships in the Black Sea fleet, based in the Crimean port of Sevastopol. Russia's military vowed to disregard the rules, saying the fleet answered only to Russia's president.

Mr. A. Yatseniuk considers the acting agreement for temporary basing of Russian fleet between Ukraine and Russia does not provide for several provisions that should have realized.

To opinion of the Speaker, there is necessity to conduct the Ukrainian-Russian negotiations for uncleared points of the Russian fleet's basing including issues of participation of the Black Sea fleet's warships in armed conflicts.

The Chairman hopes "conclusive concordance of the all parties' positions provided by the Ukrainian legislation including the issues of crossing of the Ukrainian national boundary by the Russian warships and aircrafts will be attained".

Mr. A. Yatseniuk said the Russian warships will come back to Aqyar (Sevastopil) answering to question of the journalists about the Black Sea fleet's warships that blocked the Georgian coast.