Russia has accused ex-Soviet Ukraine, a strong pro-Western ally of Tbilisi, of supplying weapons to the Caucasus state and encouraging it to strike South Ossetia. 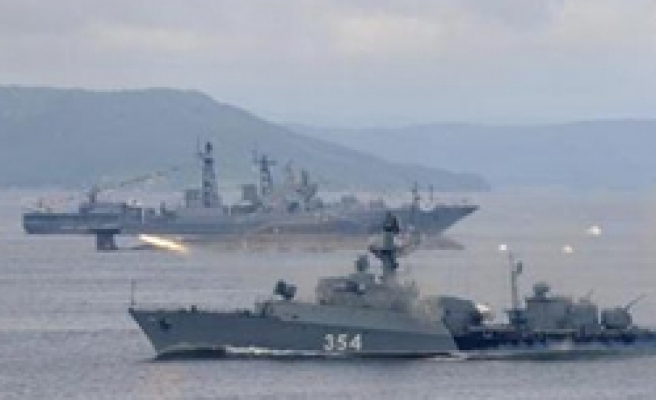 Ukraine said on Sunday it reserved the right to temporarily bar Russian warships dispatched to the Georgian coast from returning to their Ukrainian base of Sevastopol.

"Ukraine ... reserves the right to bar warships and vessels which could take part in the action (conflict with Georgia) from returning to Ukrainian territory until the conflict is solved," a Ukrainian Foreign Ministry statement.

Moscow, involved in a military conflict with Tbilisi over Georgia's breakaway region of South Ossetia, said earlier on Sunday its warships have arrived at Georgia's Black Sea coast. Russia's Black Sea Fleet is based in the Ukrainian port of Sevastopol.

"The Ukrainian side warns the Russian side against the possibility of the Black Sea warships taking part in the conflict over South Ossetia," said the statement posted on the ministry website www.mfa.gov.ua

Russia has accused ex-Soviet Ukraine, a strong pro-Western ally of Tbilisi, of supplying weapons to the Caucasus state and encouraging it to strike South Ossetia.

According to some Russian news agencies, the Russian warships were tasked to prevent weapons and military hardware from being shipped to Georgia.

Other news agencies said the warships were there to take part in a possible "humanitarian operation."