Ukraine to coop with West on missile defence over Russia

Ukraine said on Saturday it was ready to make its missile warning systems available for Western countries after Russia announced it was pulling out of a long-term cooperation agreement involving them. 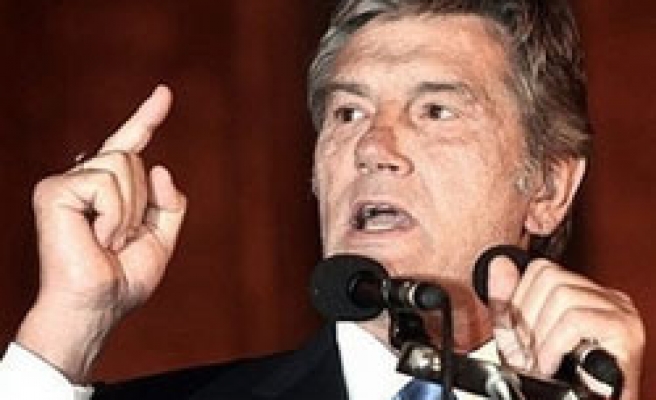 Ukraine said on Saturday it was ready to make its missile warning systems available for Western countries after Russia announced it was pulling out of a long-term cooperation agreement involving them.

The foreign ministry announcement provided further evidence of Ukraine's efforts to move closer to the West in choosing alliances and overseeing its security.

A ministry statement said Russia's abrogation earlier this year of an agreement involving two tracking stations allowed Ukraine to cooperate with other countries on missile warning systems and satellite tracking.

"The fact that Ukraine is no longer a party to the ... 1992 agreement allows it to launch active cooperation with European countries to integrate its stations with ... governments with an interest in receiving data of the situation in space," it said.

President Viktor Yushchenko issued a decree this week putting an end to Ukraine's participation in the accord in view of Russia's own abrogation of the deal.

Ukraine's pro-Western leadership, brought to power by mass "Orange Revolution" protests in 2004 and committed to securing NATO membership, has been increasingly at odds with Russia on a wide range of foreign policy issues.

Yushchenko has been highly critical of Russia's position in its conflict with Georgia over South Ossetia.

A presidential decree this week obliged commanders of Russia's Black Sea fleet, based in Ukraine's Crimea peninsula, to seek permission before moving warships and aircraft.

Moscow denounced the move as anti-Russian and said its commanders would disregard it as its forces answered solely to the Russian president.