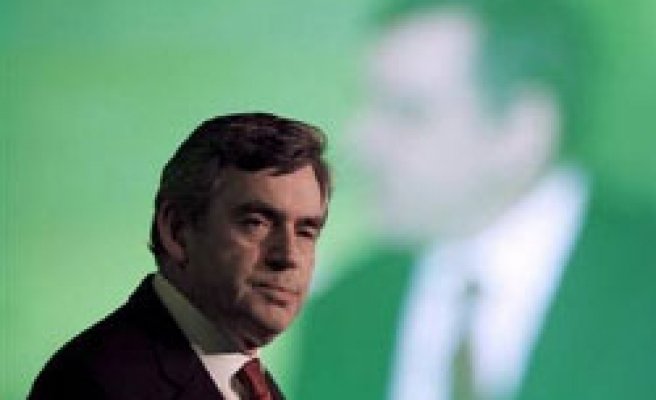 The ICM poll in Wednesday's Guardian newspaper puts Labour on 25 percent, down 2 points since the last ICM poll last month, with David Cameron's Conservatives up 4 points on 45 percent.

The Guardian said it was the lowest level of Labour support since ICM polls began in 1984 -- 13 years before Tony Blair led Labour into power after nearly two decades in the political wilderness.

The paper said the poll put the Conservatives on a 20-year high and would give them a landslide victory as big as Labour's in 1997, with some 400 seats.

Labour might be reduced to less than 200 parliamentarians -- a shadow of its existing parliamentary majority of some 60 seats.

On Friday, Brown will have been prime minister for exactly one year. He took over from Blair after a decade as his apparently infallible finance minister, producing a constantly growing economy.

The poll comes with Brown and Labour facing a slowing economy, rising industrial discontent and a series of government gaffes over lost personal data.

That, coupled with disastrous local election results in May and the loss of a once safe Labour seat in a by-election, have sparked talk of a bid from the party ranks to oust Brown before a national election that must be held by mid-2010.

So far no one has stepped forward.