Naser Oric led the dogged defense of the Srebrenica enclave against attacks from Bosnian Serb forces from early in the war. 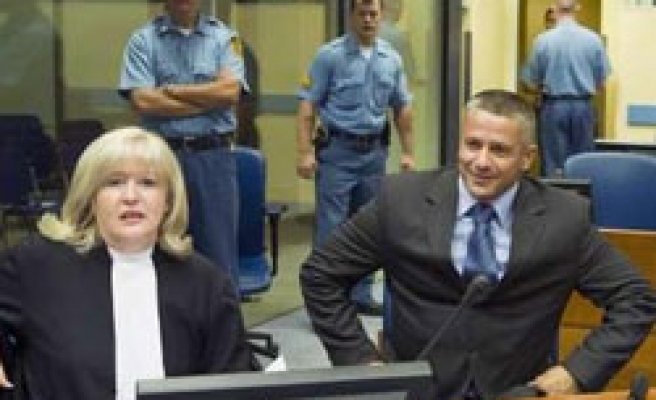 A U.N. appeals court on Thursday overturned the war crimes conviction of Naser Oric, a Bosnian Muslim considered a war hero by many in his country for fighting Serbs in the embattled Srebrenica enclave during Bosnia's 1992-95 war.

Oric, 41, was convicted two years ago by the Yugoslav war crimes tribunal of failing to prevent the murder and torture of Serb captives in Srebrenica. But judges gave him a lenient two-year sentence and ordered his immediate release because of time spent in custody.

But appeals judges went even further, overturning both convictions because the original trial failed to establish that Oric had control over forces responsible for the crimes.

The appeals chamber has "no doubt" that grave crimes were committed against Serbs detained in Srebrenica, said presiding judge Wolfgang Schomburg. "However, proof that crimes have occurred is not sufficient to sustain a conviction of an individual for these crimes."

Under those circumstances, "the appeals chamber finds that the appropriate course of action can only be a reversal of Naser Oric's convictions," Schomburg added.

Oric said, "Of course I am very happy."

His lawyer, Vasvija Vidovic, said the acquittal was no surprise.

"Anyone who followed the trial could expect the result that he is not guilty," she said.

Oric said he was not bitter about spending nearly three years in pretrial custody, only to ultimately be found not guilty on all charges. "It was my destiny," he said.

Oric led the dogged defense of the Srebrenica enclave against attacks from Bosnian Serb forces from early in the war. In 1995, Serb forces stormed a U.N.-declared "safe haven" in Srebrenica and slaughtered some 8,000 Muslim men in Europe's worst civilian massacre since World War II.

Oric defended the actions of Muslim fighters in the enclave, saying they were in a desperate situation.

"I don't think they really committed crimes," he said outside court. "We were under siege. We were just fighting to survive and fighting for our lives."

Judges at his original trial acquitted Oric of the most serious charges against him, including direct involvement in the murder of Serb prisoners and wanton destruction of Serb villages before the fall of Srebrenica.

One of the Serb commanders found responsible for the massacre of Muslims, Radoslav Krstic, has already been sentenced to 35 years after a conviction on genocide charges.

The commander of the Bosnian Serb Army, Gen. Ratko Mladic — also charged with genocide for the Srebrenica killings — is still in hiding and is believed to be in neighboring Serbia.