UN Secretary-General Ban Ki-moon said that he has begun the establishment of a special tribunal to try suspects in the murder of former Lebanese premier Rafik Hariri. 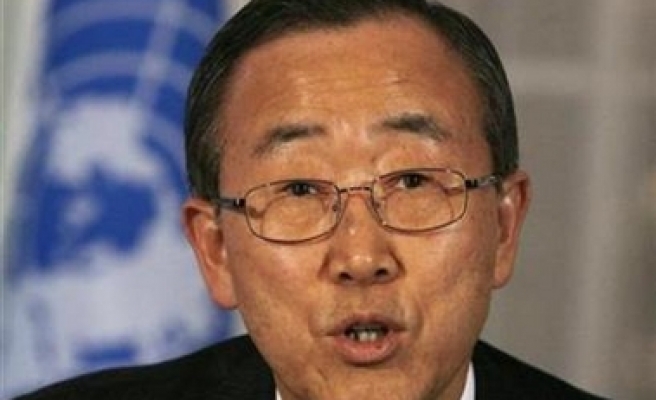 UN Secretary-General Ban Ki-moon said Monday that he has begun the establishment of a special tribunal to try suspects in the murder of former Lebanese premier Rafik Hariri.

"The secretary-general has begun, pursuant to resolution 1757 (2007), to undertake the steps and measures necessary to establish the Special Tribunal for Lebanon in a timely manner," Ban's spokesperson said in a statement.

"As of 10 June, since the United Nations had not been notified in writing by the Government of Lebanon that the legal requirements for entry into force had been complied with, the document annexed to resolution 1757 (2007), has entered into force," the statement said.

The 15-member UN Security Council voted late May to adopt resolution 1757 that sets June 10 as the deadline for an agreement between the UN and the Lebanese government on the creation of the court to become effective.

The UN chief will work "in coordination with the Government of Lebanon wherever appropriate" and report to the council within 90 days of the adoption of the resolution on its implementation, it added.   Last Mod: 12 Haziran 2007, 12:27
Add Comment