Top United Nations political official Lynn Pascoe pledged in Athens yesterday to work together with all parties concerning a resolution of the decades-old Cyprus issue. 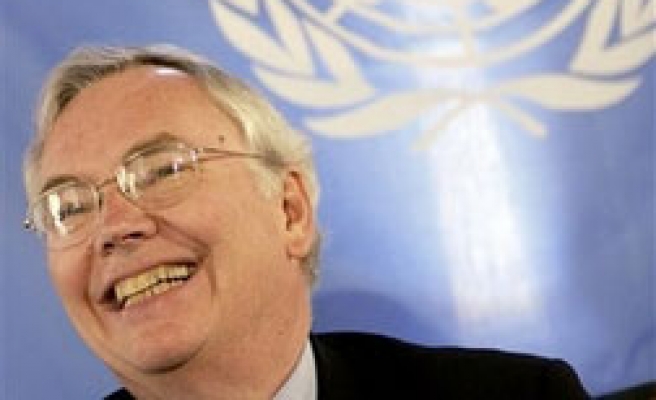 Pascoe, the UN undersecretary-general for political affairs, spoke to reporters following his talks with Greek Foreign Minister Dora Bakoyannis. During talks with Pascoe, Bakoyannis reiterated Greece's position for the resumption of a well-prepared negotiations process in order to find a just and viable solution for Cyprus, Greek Foreign Ministry spokesperson George Koumoutsakos said.

Pascoe is scheduled to have talks with Turkish leaders in Ankara today. Last week, wrapping up his visit to Cyprus, Pascoe said there was a "palpable sense of momentum" in Cyprus toward a lasting solution to the dispute between the Mediterranean island's two communities.