UN envoy on Cyprus to be present at negotiations

United Nations Force in Cyprus Deputy Spokesman said Downer would be in the island during the talks which would be held between Turkish Cyprus President and Greek Cypriot leader. 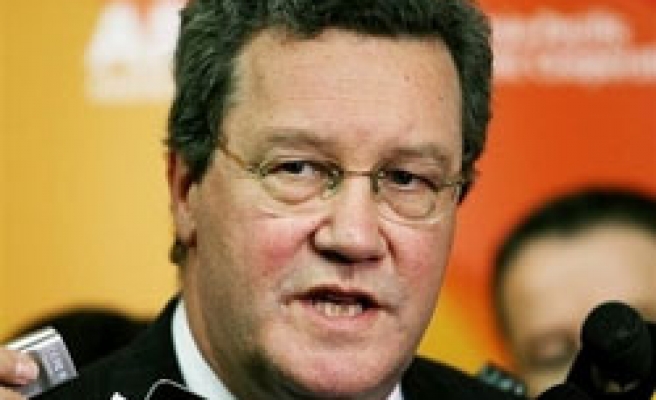 UN Secretary General's special envoy on Cyprus Alexander Downer would be present at the negotiations which would begin between Turkish and Greek Cypriot leaders on September 3rd, a UN official said on Wednesday.

United Nations Force in Cyprus (UNFICYP) Deputy Spokesman Thomas Pavlik said Downer would be in the island during the talks which would be held between President Mehmet Ali Talat of the Turkish Republic of Northern Cyprus (TRNC) and Greek Cypriot leader Demetris Christofias.

The schedule of Downer's visit to Cyprus was not definite yet, Pavlik said.