Kosovo Albanians pressed their case for independence from Serbia on Friday in talks with visiting U.N. Security Council ambassadors whose job is to decide the fate of the breakaway province. 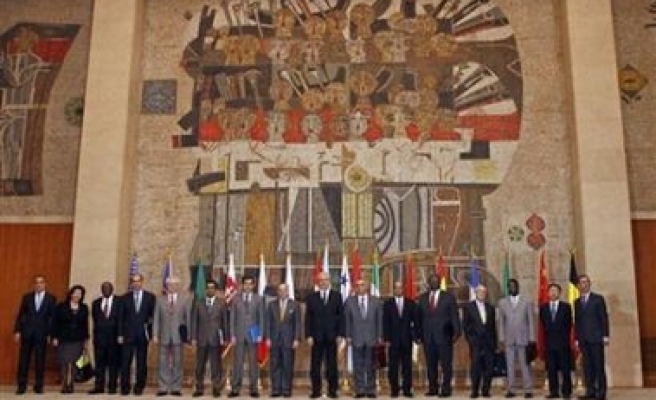 Kosovo Albanians pressed their case for independence from Serbia on Friday in talks with visiting U.N. Security Council ambassadors whose job is to decide the fate of the breakaway province.

"We elaborated why Kosovo needs to be independent and why there can be no other solution," President Fatmir Sejdiu told reporters after meeting diplomats of the Council's 15 members states in the capital Pristina.

"It is now time, after this visit, for Kosovo's status to be decided," he said, adding that next month should be critical.

The delegation arrived on Thursday night on a French military flight from Belgrade, where they heard from Serb leaders fiercely opposed to a U.N. plan to amputate territory cherished by Serbs but dominated by 2 million ethnic Albanians.

The fact-finding mission is part of an intensifying diplomatic test of wills between Russia and the West over a blueprint drafted by former Finnish President Martti Ahtisaari after 13 months of fruitless Serb-Albanian dialogue.

Instigated by Russia, the mission was meeting representatives of the 90-percent Albanian majority and 100,000 remaining Serbs in a 48-hour helicopter and bus tour of divided towns and devastated Serb and Albanian villages.

The United States and its European allies want the Security Council to end Kosovo's U.N. protectorate status by June, with a resolution endorsing the plan for independence under European Union supervision.

They fear the 16,500 NATO troops based in Kosovo will face mass unrest if Albanians are made to wait much longer.

Kosovo has been run by the United Nations since 1999, when NATO drove out Serb forces accused of killing and expelling civilians in a two-year war with separatist guerrillas. Ten thousand Albanians died.

The U.N. mission will take in the divided town of Mitrovica and deserted Serb village of Svinjare on Friday, and on Saturday visit two Serb enclaves and the Albanian village of Mala Krusa, where 116 men and boys were killed by Serb forces in March 1999.

Western powers behind the 78-day NATO bombing campaign see no chance of restoring Serbian rule. Belgrade has offered autonomy, but analysts believe it might settle for the Serb-dominated northern quadrant which it already controls. Last Mod: 27 Nisan 2007, 12:43
Add Comment