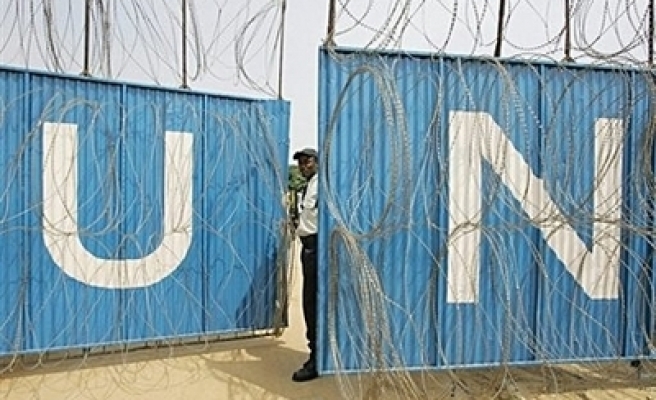 Confidential U.N. documents made public for the first time by the rights group detail witness accounts that peacekeepers smuggled gold, traded weapons and ammunition with rebels and militia, and blocked efforts to disarm rebel fighters.

However, Human Rights Watch (HRW) said little effort was made to investigate reports of abuses, mostly in Congo's lawless eastern borderlands -- a patchwork of rebel and militia strongholds where most of the country's peacekeepers are based.

HRW also made public an independent, external review of the Office of Internal Oversight Services (OIOS), the U.N.'s internal investigations office, which called the body dysfunctional and said it should be scrapped.

"But the U.N.'s failure to investigate its own crimes does nothing to keep the peace. Instead, it undermines peacekeeping efforts and the reputation of the U.N. itself."

The United Nations has consistently denied allegations, which have repeatedly appeared in media reports over the past year, that such abuses have occurred on a large scale in eastern Congo.

"Only a few individual cases were discovered, and the results were transmitted to the respective countries," Kemal Saiki, spokesman for Congo's U.N. peacekeeping mission, known as Monuc, said on Friday.

He said investigations by the OIOS had found "no credible evidence" that arms trafficking had taken place.

GUNS FOR GOLD AND IVORY

However, the documents showed that at least two witnesses, a Congolese army officer and a U.N. interpreter, reported that in late 2005, Pakistani peacekeepers in the eastern Ituri district traded arms for gold with a militia they were meant to disarm.

Two militia members later admitted involvement in the scheme, but were never subsequently interviewed by the OIOS.

Of 44 allegations against them originally investigated, 12 contained "direct evidence" of misconduct, but were not pursued due to time and resource constraints. Investigators found "corroborative evidence" to support another six allegations.

Among those were charges that peacekeepers gave ammunition to the Democratic Forces for the Liberation of Rwanda (FDLR) in exchange for ivory from elephants poached in Congo's forests.

The rebels are composed in part of ex-Rwandan military and Interahamwe militia responsible for Rwanda's 1994 genocide, in which 800,000 Tutsis and moderate Hutu's were slaughtered.

Indian peacekeepers were also accused of sending FDLR fighters who tried to surrender back to their commanders and of selling rations to the rebels.

"Some of the allegations are so serious and the potential consequences of taking no action so grave, that they should not be left unexamined," the report said.

However, a four-page memorandum written three weeks later found Indian peacekeepers had indeed been involved in buying counterfeit gold, but made no mention of the more serious accusations.

The independent review of the OIOS, commissioned by the U.N. and also released by Human Rights Watch on Friday, called the organisation "a breeding ground for certain senior managers who ... destroyed the trust and reputation of the division."

It called for top-to-bottom reform of the body or its replacement by a new organisation for internal investigations.