The United Nations has announced guidelines aimed at tackling the rapidly growing bioenergy industry, which it says may threaten the availability of adequate food supplies. 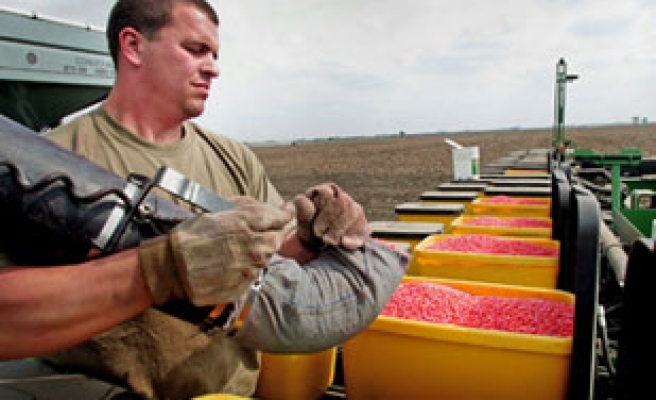 The United Nations has announced guidelines aimed at tackling the rapidly growing bioenergy industry, which it says may threaten the availability of adequate food supplies.

UN-Energy, which was created to promote global consistency on energy matters, released its report, Sustainable Energy: a Framework for Decision Makers, on Wednesday.

It said the developing biofuel industries could provide clean energy services to millions of people who currently lack them, while generating income and creating jobs in poorer areas of the world.

However, it said production could particularly hit the poor, who spend more of their income on food.

UN-Energy said: "The rapid growth in first-generation liquid biofuels production will raise agricultural commodity prices and could have negative economic and social effects, particularly on the poor who spend a large share of income on food."

The agency said biofuel production had already appeared to have driven up the price of maize this year and last.

"The availability of adequate food supplies could be threatened by biofuel production to the extent that land, water and other productive resources are diverted away from food production," it said.

However, it also said: "Modern bioenergy could make energy services more widely and cheaply available in remote rural areas, supporting productivity growth in agriculture or other sectors with positive implications for food availability and access."

The document came as environment and development ministers from around the world are preparing to meet for the UN commission on sustainable development.

Gustavo Best, senior energy coordinator at the UN food and agriculture organisation, said that the recommendations were needed because the growth in the industry "is so fast and so disorganised ... and so misinformed".
Among the suggestions made by UN-Energy was that crops that require high fossil energy inputs, such as conventional fertilisers, and valuable farm land should be avoided.

But it also said that sustainable energy crops could have a negative impact if these replace primary forests, "resulting in large releases of carbon from the soil and forest biomass that negate any benefits of biofuels for decades".

The report called for the creation of an international bioenergy certification scheme, including greenhouse gas certification, to ensure that products meet environmental standards "all the way from the fields to the fuel tanks".

Biofuels are energy sources that have been extracted from all kinds of living matter, such as sugar, corn or rapeseed oil.

Their proponents argue that they burn more cleanly than traditional fuels and are fast gaining popularity d amid high oil prices and a battle against global warming.

Global production of biofuels has doubled in the past five years and was likely to double again in the next four years, UN-Energy said.

In March, the United States, China, India, Brazil, South Africa and the European Commission, announced the creation of the international biofuels forum, which aims to increase global production and use of biofuels.

Brazil is the biggest producer of ethanol from sugar cane, while the United States holds the same position for corn and together they make up 70 per cent of the global market. Last Mod: 09 Mayıs 2007, 10:34
Add Comment